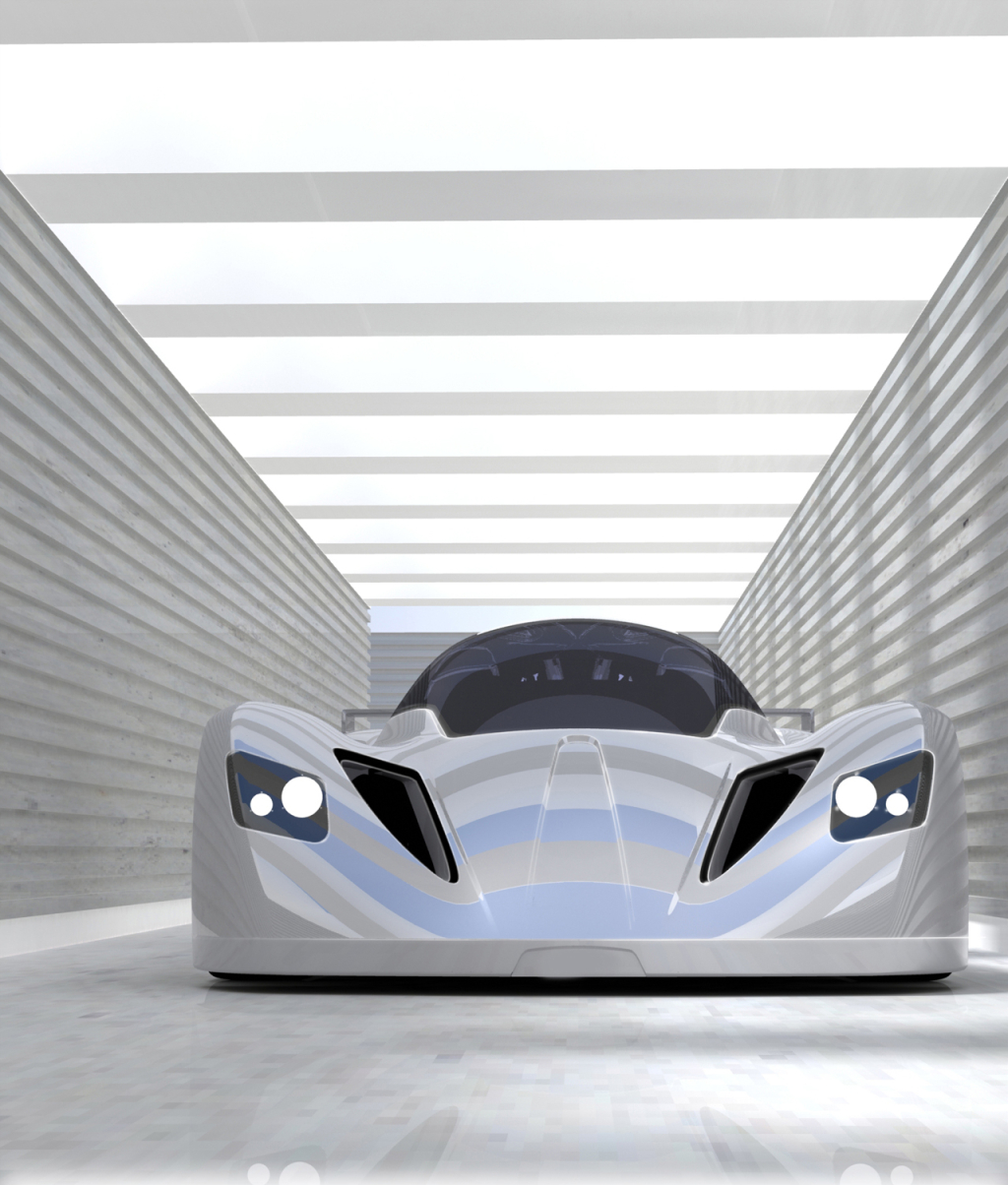 At the end of last year, a rather peculiar press release surfaced on the internet. Somehow, a pair of 18-year old students from the Harvard Westlake High School in the Los Angeles area have managed to create what at first everyone thought to be an almost perfect supercar. Powered in part by a revolutionary turbine system and an ultra-capacitor energy storage system, the idea sounded too good to be true.

On a closer inspection, it might actually BE too good to be viable. Like most all of the other monthly or weekly "supercar from nowhere with groundbreaking" technology, the press release was only accompanied by a set of 2D drawings that look like they were made by an art student, not a world class designer.

The vehicle, which will be dubbed the Formula AE, is on paper just another all-electric car a la Tesla Roadster. So, what does wind have to do with it? Well, the two ingenious students have envisioned a fantastic device called an “Air Flow Recovery System”.

Their theory says that the energy lost by the electric car under the friction with the air will be recovered through aerodynamically optimized intakes which force air into some turbine-like fans.

The fans will then spin brushless synchronous alternators which will recover a predicted 20-25% increase in electrical energy which in turn will get stored in the ultra-capacitor storage system for immediate use. In other words, these two under-drinking-age fellows think they have a semi-perpetual motion device on their hands. This all sounds pretty cool, doesn't it?

The plot thickens after we take a look at the two young guns' website, who go by the names of Maxx Bricklin and Rory Handel. If the name “Bricklin” rings some of your bells, your are absolutely right. One of the two child-entrepreneurs is Malcolm Bricklin's son, the guy who started so many car-related companies he probably lost count. You can check out their project's website here: http://formulaae.com