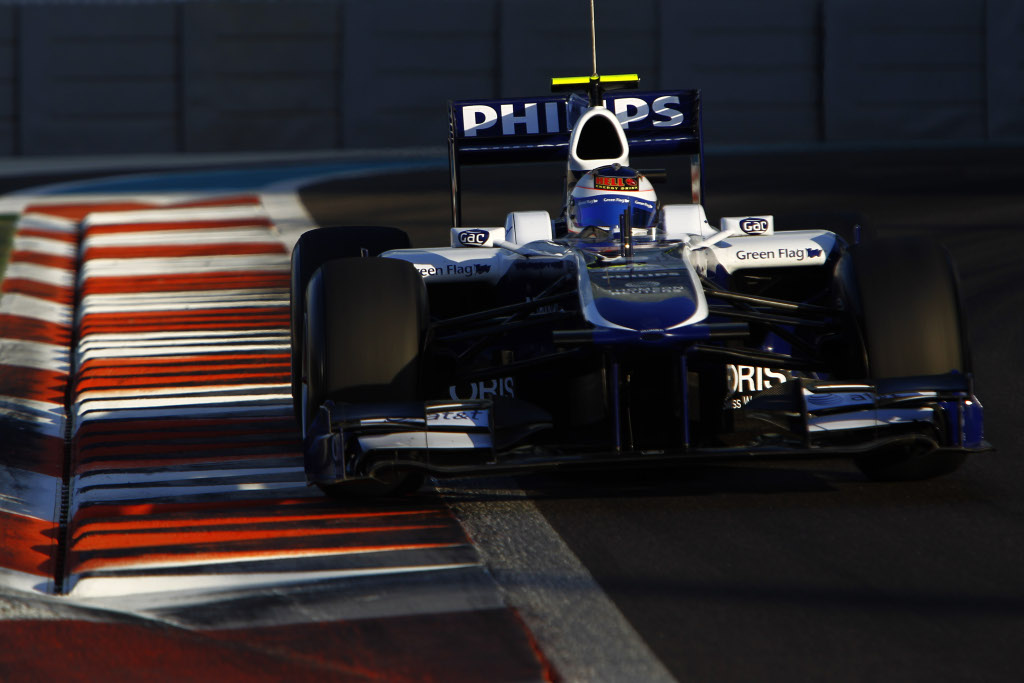 Williams-Cosworth has apparently joined the group of teams that will kick off their 2011 Formula 1 preparations with an interim car. Although it was initially believed that the Grove based organization will have its FW33 challenger ready for the Valencia test in early February, a report from Germany's Auto Motor und Sport says otherwise.

Apparently, Williams will not make the trip to Ricardo Tormo circuit with their 2011-spec car, as the development of the racer is scheduled to take longer than initially projected. According to the same source, it is believed the British team will unveil the FW33 in mid-February, which means the car will also miss out on the testing mileage of the second test of the winter, at Jerez.

Additionally, Team Lotus is also set to miss out on the Valencia test when it comes to their 2011 car, despite initial confirmation from the team that the challenger will be up and ready before February 1st. According to Auto Motor und Sport, Team Lotus is likely to join Marussia Virgin and HRT F1 in launching their cars even later than Williams, sometime in mid to late February.

Other teams that have chosen – or were forced – to launch their 2011-spec cars later than the beginning of February are Force India and McLaren Mercedes. The latter will unveil the MP4-26 in Berlin, Germany, on February 4th.

As far as pre-Valencia launches go, Ferrari will be the first team to show their new car this month, on January 28th. On the last day of the month, Sauber and Lotus Renault are set to also launch their cars in front of the media, a day before Mercedes and Toro Rosso, who will unveil their challengers in the Ricardo Tormo pit lane the very morning the first group test will kick off.

Red Bull Racing is still to announce an official date for their car launch, but it is believed the RB6 will be ready by the first group test next month.