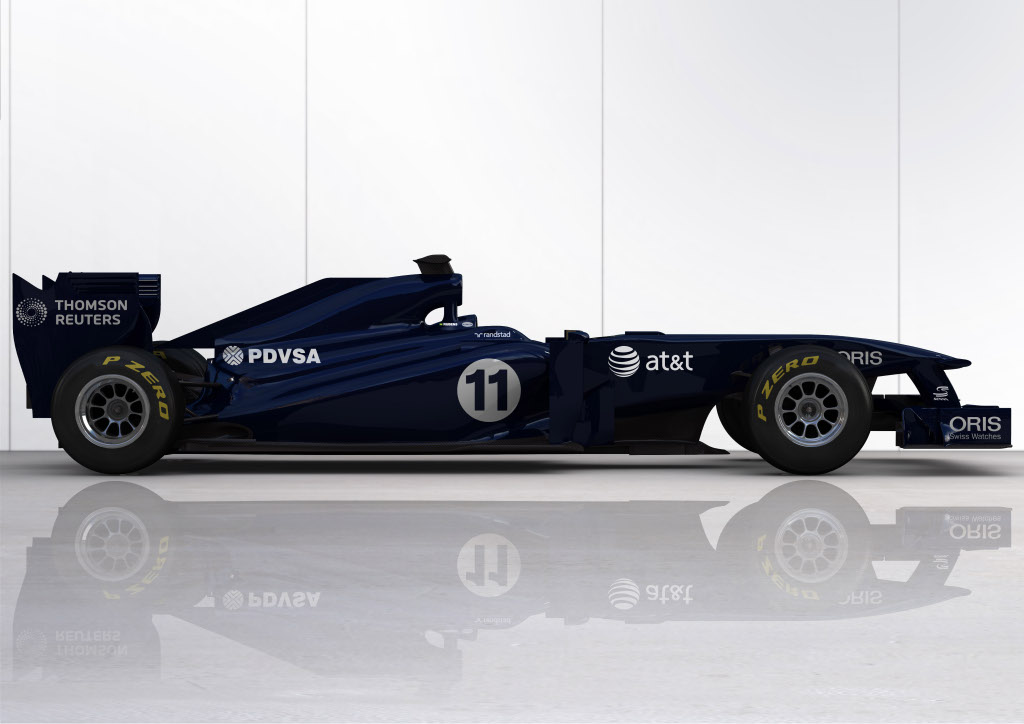 Williams F1 Team have presented their 2011-spec FW33 car via some official photos on their media website, only hours before the Valencia test kick-off. As expected, the car features an interim livery, as the Grove based team is yet to finalize their sponsorship deals for the upcoming Formula 1 campaign.

Moving on to the car however, there are now little details that impress the diehard racing fan out there, especially after he'd already seen the 2011-spec cars presented by Ferrari, Mercedes, Red Bull, Team Lotus, Sauber F1 and Lotus Renault so far. And that's because the FW33 continues the trend set up for the 2011 season (aerodynamically speaking) of high noses, revised air boxes and detailed sidepods.

Additionally, the rear wing of the Williams FW33 presents a different layout as compared to the one in 2010, mainly due to the introduction of the adjustable rear wing regulations for the season to come.

The interim livery features the team's classic navy blue color, along with the name of the team's newest major sponsor, Venezuela's state-owned petroleum company PDVSA, posted on the rear side of car, below the engine box.

Veteran driver Rubens Barrichello will be the first one to take the new, more aggressive FW33 to the track later today, when the testing season kicks off on Valencia's Ricardo Tormo track. Tomorrow, he and rookie driver Pastor Maldonado will share driving duties, after which the Venezuelan will be all by himself at the wheel of the 2011-spec challenger on the last day of action, February 3rd.