Will.I.Am of the Black Eyed Peas Gets Car of the Future 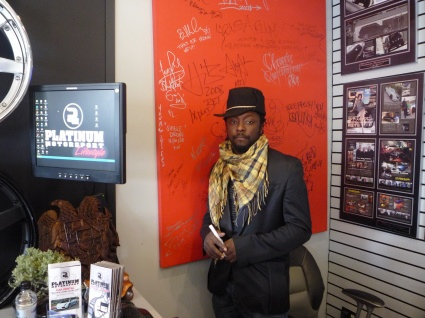 Since flying cars from science fiction books in the early eighties have not been invented (yet), Will I. Am of the Black Eyed Peas should be satisfied with his latest car acquisition, the electric Tesla Roadster. And we're pretty sure he is since he boasts about it on Platinum Motorsport.

The famous singer's Tesla is an expensive electric sports car (produced by Tesla Motors) claimed (by its producers) to accelerate from 0-60 mph(97 km/h) in about 4 seconds and reach a top speed of more than 130 mph(more than 200 km/h), being as quiet as a gentle breeze.

It seems Will I.Am is perfectly aware of the car's performance and labels it accordingly: “If you’re going to line up cars from exotic to normal, it would go like this…McLaren, Lamborghini, Bugatti, Ferrari, Lotus, Tesla, Maserati, Bentley, Mercedes-Benz and BMW” Will.I.Am said. “As far as high-performance cars go, Tesla is right there, in between all of them.” 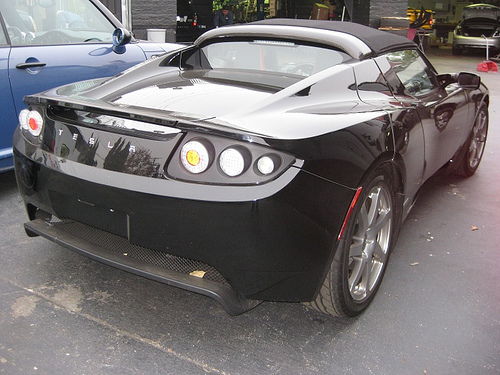 Tesla Motors designed and built its own power electronics, motor and other drivetrain components. Also, the Roadster shares some components (such as the windshield, air bags, tires, and some dashboard parts and suspension components)  with the Lotus Elise.

The vehicle was heavily tested in late 2006 and early 2007 and as a result, several changes were made. Such model can cost $100,000 but keeping in mind that it wastes no gas, the price might seem not so spicy.

However, Will I.Am was not only interested in having a piece of history but also in personalizing it: “I was born in East L.A. and you just don’t buy a car there,” he said. “I’m going to make the interior dope. I don’t want to have the same car as everyone else. It’s got to have custom seats and big wheels. But, when I customize it, I’ll be working directly with Tesla…I won’t be taking it to my homey’s, Lalo’s on Mission. I’m going to work with them since they don’t really give options.”