1 The Panoz Roadster Was Everything That Ford Mustang Couldn't, Could Be Yours for 50 Grand

Home > News > Car Profile
29 Dec 2021, 17:45 UTC ·
by Stephen Rivers
Don Panoz never really let convention get in the way of a good time. That's why he was willing to get involved in projects like the Delta Wing. And it's why he went to the trouble of building this street-legal Esperante GTLM car that can now be yours.
6 photos

This isn't just some rare low-production sports car from an obscure manufacturer though. Panoz is widely regarded as a pillar of American motorsports. While the brand's production streetcar business never took off, the same can't be said of the few cars that did make it out of the factory like this one.

The Esperante GTLM that's the subject today is one of less than ten ever produced. It was specifically designed to meet homologation rules and features a supercharged 4.6-liter V8 boasting some 390-horsepower. It might actually be more because this particular example is said to have a smaller supercharger pulley.

Regardless, that's a boat-load of power for a car that's roughly the size of a Miata. Of course, it's less of a problem since Panoz knew how to manage that kind of power. In the video below we can see exactly how this car behaves under a heavy foot and it doesn't look sketchy.

This particular car was also the one scanned for use in the first four Forza video games. That just adds to its allure and importance. Have we mentioned that it has less than 10,000 miles on the clock? That's right, it's available with just 8,400-miles on the odometer.

Brand new, the Panoz GTLM had a sticker price of $127,383 as evidenced in the listing. Currently, with just a single day left on the auction, it's sitting at $73,000. While that's no small chunk of change, it's hilariously cheap compared to cars of similar ilk. We can't wait to see where it ends up. 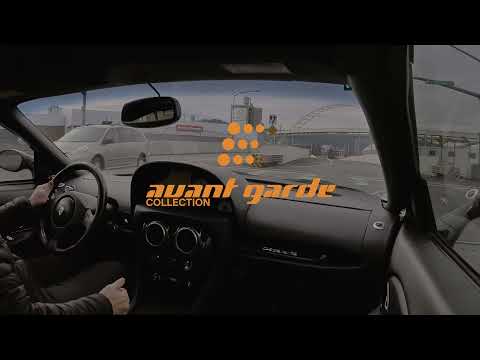