5 Magna Gets Green Light to Shed Founder
Car video reviews:
Up Next 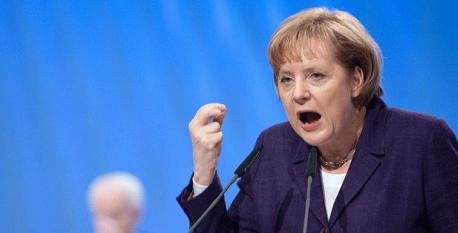 At the time, perhaps the most fervent supported of a Magna-Opel deal was German chancellor Angela Merkel. What the recently leaked diplomatic documents revealed was that the German politician took GM's decision to keep Opel, after planning with Magna for almost half of year to sell it, much more personally than believed.

The memo which makes reference to Angela Merkel being “furious” about the decision has been sent from the US embassy in Berlin and is titled "GM Decision not to sell Opel Greeted By Shock And Anger In Germany." Below is an excerpt from the cable.

“A high-level source indicated that Chancellor Merkel is furious over the GM move and refuses to talk to GM's leadership. It is likely only a matter of time before critics will call Merkel herself into account for her strong support of the now-collapsed Magna deal."

“The decision, which followed repeated assurances from GM that it was a done deal, came as a complete shock in Germany and dominated media coverage throughout the day. Merkel herself was reportedly highly upset over GM's flip flop.“

Merkel was apparently so angry with the decision taken by GM that she later refused to meet the carmaker's executives. Another German official also reportedly blamed the US government for the bad management of the situation, saying “if the US government had GM under better control, this would not have happened."