5 Indian FTR S Golden Eye Would Look Just Right With James Bond in the Saddle
Car video reviews:
Up Next

In mid-February, American bike maker Indian pulled the veils off the FTR AMA, a custom build handled by Brice Hennebert and his Workhorse Speed Shop, the same crew behind the Appaloosa motorcycle that shocked the racing world a few years back. At the time of the AMA unveiling, we were promised another FTR-based project from the same builder, and finally, here it is.
30 photos

It’s called Black Swan, and it is an incarnation of a concept devised a number of years ago. It is supposed to embody, styling-wise, all of the great motoring accomplishments from recent years, from the superbikes of the 1990s to the Porsche cars handled by RAUH-Welt Begriff (RWB).

Like its name says, it’s a fully black two-wheeler, tweaked to the extreme, and laden in carbon fiber, most of it unpainted. The use of this material allowed the custom shop to keep the weight of the added body bits to around 1.8 kg (about 4 kg).

A number of big names of the industry were involved more or less in making the Black Swan. Akrapovic was responsible for delivering the 2-1 exhaust system, Ohlins shipped the piggyback shock, while Beringer supplied a prototype, extremely light braking system.

One of the most interesting features of the bike is its ability to hide its headlight, thanks to the fitting of eyelids of sorts that close and open in a cinematic fashion.

“That was one hell of a struggle for me. It may look simple and easy for some people, but for me, that was quite a challenge. The ‘eyelids’ are driven by two stepper motors controlled by an Arduino for cinematic opening and closing,” said in a statement Brice Hennebert.

Just like the FTR AMA, the Black Swan was made on order from a customer, and that means we are not informed of the cost of the build. 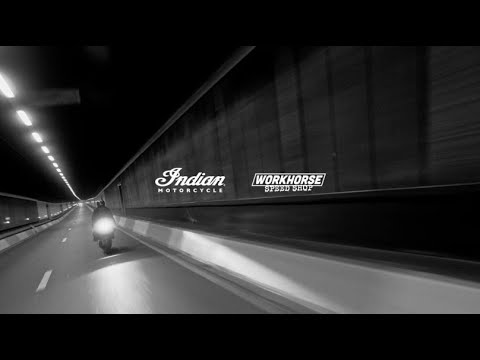