2 1965 Ford Mustang Sees Daylight After 25 Years, No Attempts to Start the Engine

Thailand is where the mid-size pickup truck reigns supreme. The Isuzu D-Max toppled the Hilux last year while the Ranger settled for sixth place with 25,434 sales to its name. Produced locally in Rayong, the Ranger also happens to be a sweetheart of the aftermarket scene in Thailand.
11 photos

Take, for instance, the Mustang-styled workhorse in the featured video.

Modified by Wat Ford, the wide-bodied pickup would make even the Raptor blush with admiration. The Shelby-inspired racing stripes only add to the visual drama, along with the riveted flares on the front and rear fenders. Pictured on 285/55 by 20-inch BFGoodrich rubber shoes wrapped around forged wheels that say off-road on them although they most certainly aren’t designed for go-anywhere shenanigans, the red-painted truck also flexes air suspension on all four corners and an air compression in the bed.

Pony badges on the front fenders, tri-bar running lights for the headlamps, smoked taillamps, a rerouted exhaust system with two tailpipes exiting under the rear bumper, an aftermarket tailgate, tinted windows, and wind deflectors pretty much sum up this outlandish build. Wat Ford doesn’t mention any performance specifications, not even if we’re dealing with four- or two-wheel drive, but we all know what’s hiding under the custom truck's hood.

In this part of the world, the Ranger comes exclusively with diesel power. The base motor comes in the guise of a 2.2-liter TDCi from the Duratorq family, the Puma engine that Ford previously used in the Mondeo and Jaguar used in the X-Type. Higher up the spectrum, the 2.0-liter EcoBlue is offered in single- and bi-turbo flavors. The Raptor takes the cake with 213 PS and 500 Nm of torque, figures that convert to 210 horsepower and a 2.3-liter EcoBoost-shaming 369 pound-feet of torque from 1,750 revolutions per minute.

Speaking of the U.S. specification that’s only available with the 2.3-liter EcoBoost mill, the next generation is just around the corner. Ford has recently confirmed November 24th as the day of the grand reveal, but it remains to be seen if the U.S. will receive the new Ranger for the 2023 model year. 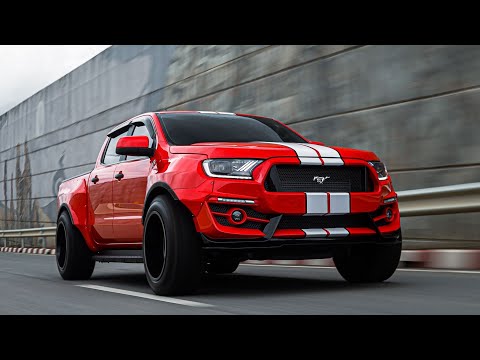