2 How Will Historians Judge the Third Generation Camaro/Firebird?

4 Five Defunct American Carmakers That No One Wants to Remember

In the year 2009 BC (Before Covid) we all awoke to news of General Motors’ bankruptcy. Without diving into the financials, let us remember the fallen makes and marques that are now highly collectible.

Why GM Killed Their Best Models During the 2009 Financial Crisis

Much like the FBI and the CIA, we will never know what took place deep inside the American car industry around 20 years ago. You can’t deny the quality and appeal of Toyota, Honda, Nissan, and Hyundai, and they have curb-stomped American automakers since the first oil crisis in 1971.

A running theme to these posts is that Americans seem to kill their best models once they are perfected, and this story exemplifies those sentiments. Choosing an easy target, the Pontiac Solstice & Saturn Sky were small roadsters with more power and comfort than a Miata or S2000 and they can easily ingest 2 bar of boost with the Air Con blowing ice cold. The Solstice Targa arrived in GXP trim with a meaty turbo, great audio, and a comfortable suspension. Only a few hundred were built, with examples quickly approaching $90,000.

In the case of Saturn, GM used this innovative brand to hide a century of bad debt, so their best brand never turned a profit. Needless to say, Saturn was the cornerstone of the bankruptcy. Also tossed into the fire was Oldsmobile, who was not given a budget since 1991. The big elephant in the room was Pontiac.

One of the oldest automakers, they were responsible for the Grand Am, Trans Sport (plastic dustbuster van), cheesy body cladding, and an insane attempt to power the front wheel drive Grand Prix with a 5.3L V8. My 2005 Grand Prix GXP would rip your arms off from Torque Steer. The ultimate turd in the punchbowl came from the Aztek. This one failure best exemplifies what went wrong in the last 3 decades of Old GM. I want to emphasize that Old GM is dead, and they are responsible for cleaning 110 years of lead from across the U.S.

We know who the bad apples were and why they were culled, but what happened to the truly great cars? This was a time of badge engineering. Instead of Chevy and Cadillac sharing chassis, 2006 offered every flavor of crossover SUVs. The Chevrolet Trailblazer was introduced on the Colorado (midsize) chassis in 2001. From there it was shared with Oldsmobile, Isuzu, Saab, Buick, and whoever else wanted to offer it.

Front wheel drive finally killed the Monte Carlo, Cavalier, Sunfire, Intrigue, Alero, Aurora, and Riviera, so they decided to call Australia. The last Pontiac GTO was built Down Under by Holden, and it is a truly amazing car. The decision was made to revive the Camaro on the same Zeta chassis, but development only took 11 years. For those efforts, we received the Chevy SS sedan, a 6.2L beast that was somehow $10,000 more than a used CTS-V.

This confusion also spread into Cadillac offering a Corvette in the form of the XLR. It was a hardtop roadster with sleek lines that was cut down by only offering the 4.6L Northstar V8 that has been a dumpster fire for 30 years.

A truly hateful sight was watching GM use their shares of Subaru to build the Saab 9-2X, a WRX STi wagon. It was and is amazing, but only a few hundred were built before Saab was rolled into the bankruptcy. Sweden has never forgiven us, but it allowed Christian Von Koenigsegg to buy the factory for pennies.

The final kick in the teeth came from Saab’s version of the Trailblazer SS. It offered 410 horsepower to all wheels thanks to the Corvette’s LS2 V8, and with mud tires it can literally walk up a mountain. The death of these great cars was the result of decades of shuffling debts into cheap plastics and poor dealer experiences. Thankfully, new GM is unstoppable thanks to Mary’s Ultium chassis and incredible battery density. This is the best business lesson of the last 50 years, so take a look at these classics for a great experience. 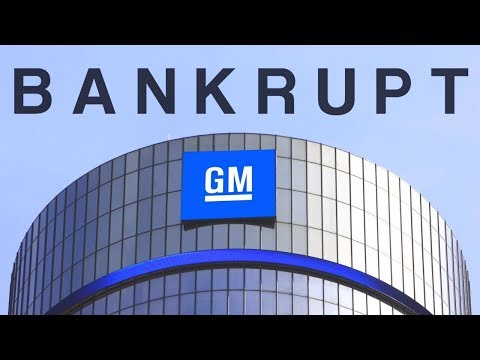