White Corvette C8 Huffs and Puffs Its Way Into New Upgrades, Can You Spot Them?

Home > News > U-turn
Cristian Gnaticov
Ever since the new generation Chevrolet Corvette entered production early last year, tuners have started rolling out various parts for it. Thus, anything from twin-turbo upgrades to wide body kits are available for the first-ever mid-engined ‘Vette, but what if you’re looking to keep it classy?
10 photos

Well, then perhaps you are better off with a new set of wheels, like this white example shared recently by Ferrada. It sports their CM2 wheels, with a ten-spoke design, which can be had from 20 to 22 inches in diameter, and prices ranging between $535 to $735 per wheel.

The alloys are not exactly new, as they have already been equipped to a wide number of rides, including other Corvette C8s. They can also be found on the Ferrari F12 modified by Novitec, Dodge Charger, Tesla Model X, Kia Stinger, McLaren 570S, Ford Mustang, Explorer ST, Audi R8, new-gen Mercedes S-Class, Infiniti Q60, and many others.

You might think that it wasn’t a smart move to shave a few inches from the said Corvette’s ground clearance, and you wouldn’t be wrong. However, the American super sports car for the masses features an adjustable air suspension, as demonstrated on film at the bottom of the page. It also has privacy windows, black trim contrasting the white body, and red brake calipers, and we think it looks just fine.

What would have made it even hotter would’ve been a power boost. However, if you’re not into entrusting your prized four-wheel possession to a tuner, then you should wait for the bowtie brand to launch the new Z06. The sportier variant is a little over a month away from being unveiled, and it will feature a naturally aspirated 5.5-liter V8, rumored to produce almost 620 hp and 480 lb-ft (651 Nm) of torque. The Stingray, on the other hand, has 495 hp and 470 lb-ft (637 Nm) squeezed out from its 6.2-liter V8. 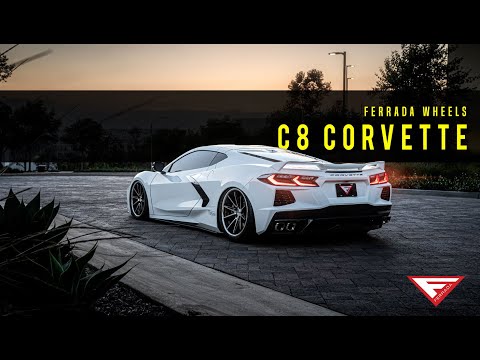