1 Which Is Faster: The New 5 Series Remote Parking or Climbing through the Trunk?

Which Is Faster: The New 5 Series Remote Parking or Climbing through the Trunk?

In the official BMW or Mercedes videos, remote control parking is represented as the technology of the future. However, the reality of actually using the smart key or mobile app is different.
4 photos

This review of the G30 5 Series sedan comes from a Polish guy named Marek. And he's understandably not as impressed with the car as BMW is.

In the end, the remote is a couple of seconds faster, but only because Marek took 15 seconds to take off his shoes. We're also puzzled by the fact that he has to remotely shut the trunk before he gets moving. "I concede. Technology has beaten a fat presenter," he notes in Jeremy Clarkson style.

The review also notes that to have remote parking, you'll have to add about €3,000 in options. We wish they could just make something faster and to hell with the risk of running over your own foot. And while crawling through the trunk of your expensive BMW is embarrassing, so is standing around for half a minute waiting for the remote to find its signal.

A bit of controversy has also risen in the comments section of this video, with Marek saying that there's not enough legroom in the 5 Series while Mat Watson's previous clip was suggesting the contrary. The most likely explanation is that comfort seats eat up valuable space.

The iDrive system is also criticized for not being in line with modern trends. The wheel itself is the problem, as Marek says the Dotcom buyers won't feel it's intuitive enough. We might also add that BMW is the only major company not to embrace Android Auto.

But that doesn't mean you won't fall completely in love with the car. This is about as fast and fun as you'd want a regular 5 Series to be. 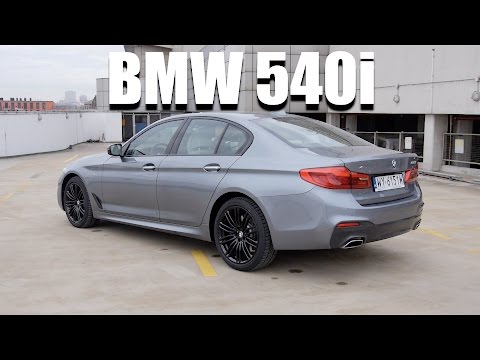