Fisker Latigo CS No. 000 for Sale on eBay 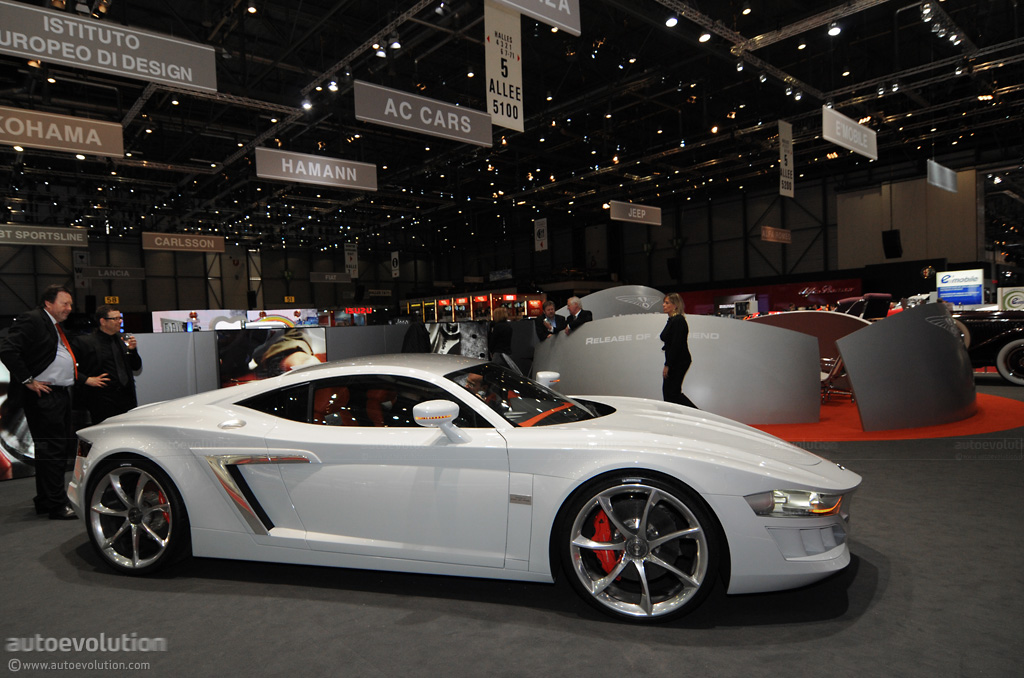 If there are any pre-war classics fans out there, then you are probably already aware that a historical car brand has been recently revived (again) at the 2010 Geneva Auto Show. We say "again" because the Hispano-Suiza brand had been previously brought back from the dead in the early 2000s. More specifically, the Spanish Hispano-Suiza HS21 GTS concept was being unveiled at the 2002 Geneva Auto Show, but without having even a 1% chance of ever making it into production. Which naturally, it never did.

For those of you who aren't fluent enough in Spanish, "Hispano-Suiza" means "Spanish-Swiss", and during in the 1920s and 1930s it was going up against manufacturers like Mercedes-Benz, Maybach, Bugatti and Rolls-Royce. Like many other super luxury car builders of that period though, they went belly up when World War II came.

Originally, it was a 100% Spanish company, but after a few years of going bankrupt and being restructured over and over again, they moved to France, where most of their best models came off their production lines. Also, a Swiss engineer called Marc Birkigt was in charge of their most successful cars and engines, hence the "Suiza" part of the brand's name. 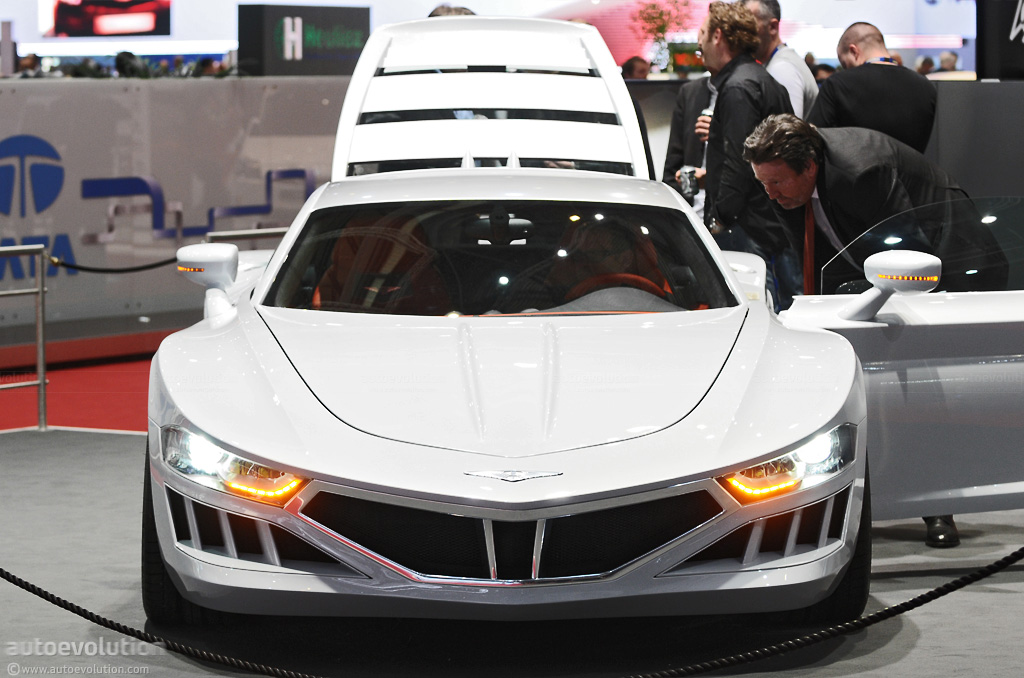 Eight years after the 2002 Spanish concept, the Hispano-Suiza brand is in Swiss pockets now, and a new concept for a series production supercar has been launched at the 2010 edition of the... drum roll... Geneva Auto Show. This only translates into two major coincidences... or does it?

The latest - and yet unnamed - concept was designed by none other than Erwin Himmel, ex-Audi designer, while the technical bits were taken cared of by Roland Mayer, ex-head of Audi Sport and co-developer of the Gumpert Apollo. Coincidentally (or not) the car is mildly based on an Audi R8 V10. 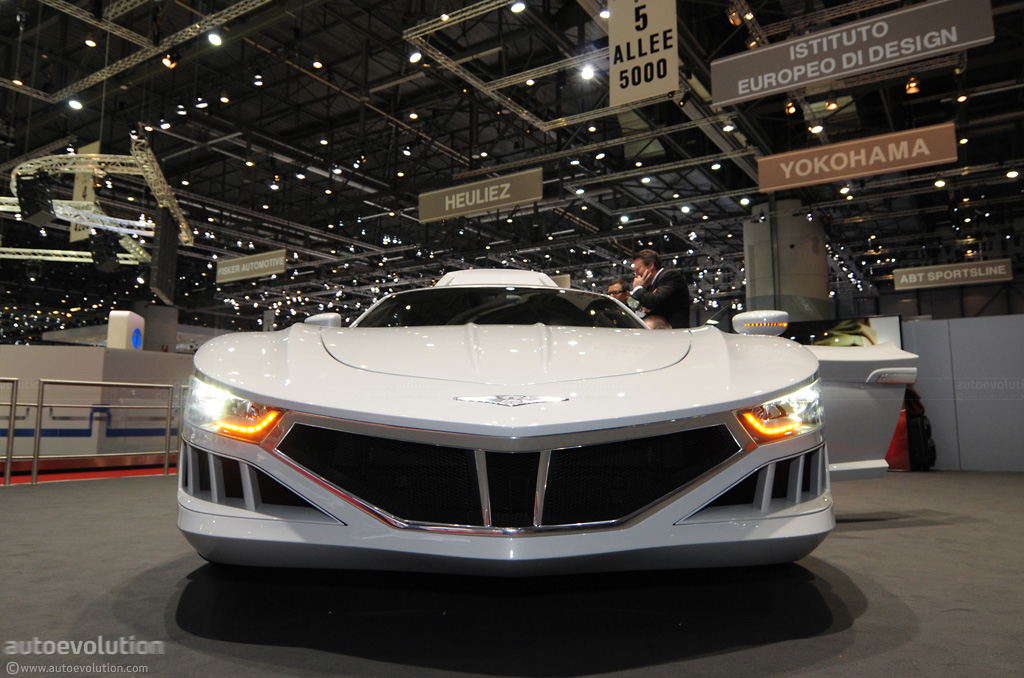 To get to the bottom of it, we spoke with one of the new Hispano Suiza officials present at this year's Geneva Auto Show. This is a rough transcript of that conversation:

Hispano Suiza official: Yes, the drivetrain comes from the Audi R8, but the engine has been thoroughly modified. We have two electrically-driven compressors that help its V10 mill to provide 750 horsepower, instead of 525. Also, since the wheelbase is twenty centimeters longer, almost every system onboard had to be modified because otherwise it wouldn't have fit. The car is different from an Audi R8 in many, many ways. For example, because of the longer wheelbase, we had to completely change the electronic stability control.

Alex Oagana: When will deliveries start?

Hispano Suiza official: The deliveries will not start until October of this year, because the plant - the manufacturing plant - is not ready yet.

Alex Oagana: So, as of now, you haven't even built the factory. Where is the car going to be manufactured anyway?

Hispano Suiza official: Near Zurich, in Zug. (Zug is a small Swiss town of about 25 thousand inhabitants, ed.)

Alex Oagana: Oh I see, it will be a strictly Swiss car.

Hispano Suiza official: Yes, but the prototype was made in Munich, Germany.

Alex Oagana: I see, so how many units do you expect to build over a year's period?

Hispano Suiza official: Oh, about 20 to 25 units per year – we want to keep it very exclusive.

Alex Oagana: Do you currently have an engine range for the car? Better yet, do you intend to offer a whole model range for the Hispano Suiza brand in the future?

Hispano Suiza official: Well, currently, there are two power options for the engine. We have this one, with 750 horsepower, but we are also testing – not in this car here – an electrical engine and a hybrid transmission, which will offer 150 horsepower to the front axle alone, with 900 horsepower in total. That version will be able to cruise around town just on electricity, without using any combustible fuel and without emitting a single gram of CO2, just like a full hybrid. As a matter of fact, it will be the world's first production hybrid supercar.

Alex Oagana: What about the manufacturing process? How will that... 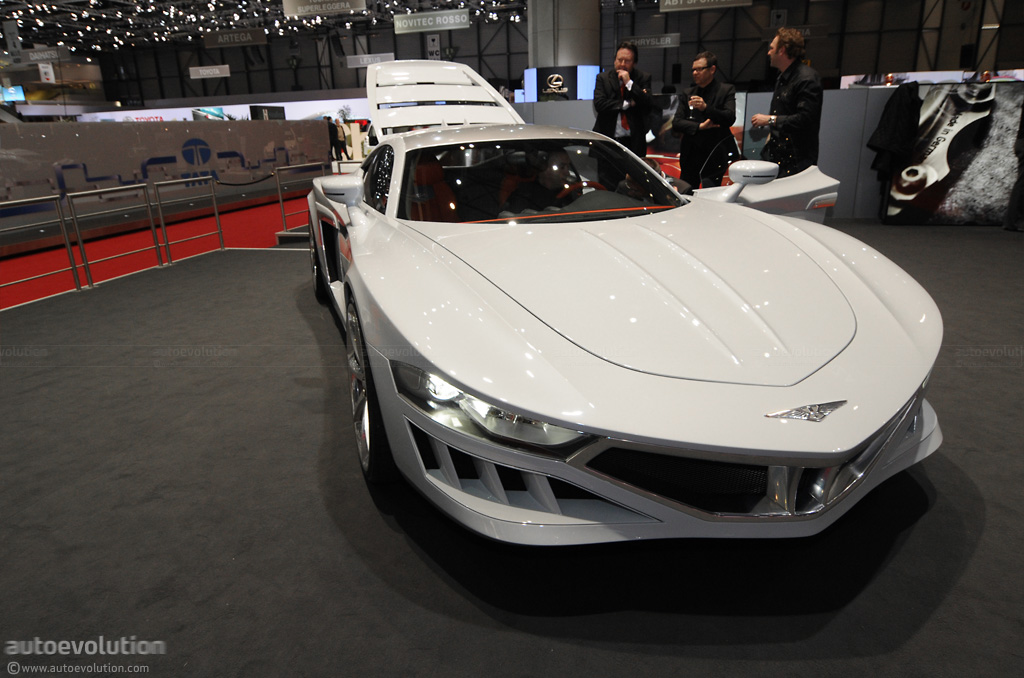 Hispano Suiza official: It is more or less manufacturing, it is not a process. Everything about the car is hand made.

Alex Oagana: I understand, but what about its aluminium body? How does that work, do you receive the chassis already built by Audi in Neckarsulm or...

Hispano Suiza official: No, no, no. The body is aluminium space frame, with magnesium and carbon fiber and it is manufactured by ourselves.

Alex Oagana: So it's not a modified R8 body as well?

Alex Oagana: That's pretty fast... Have you tested a running model of the car so far? 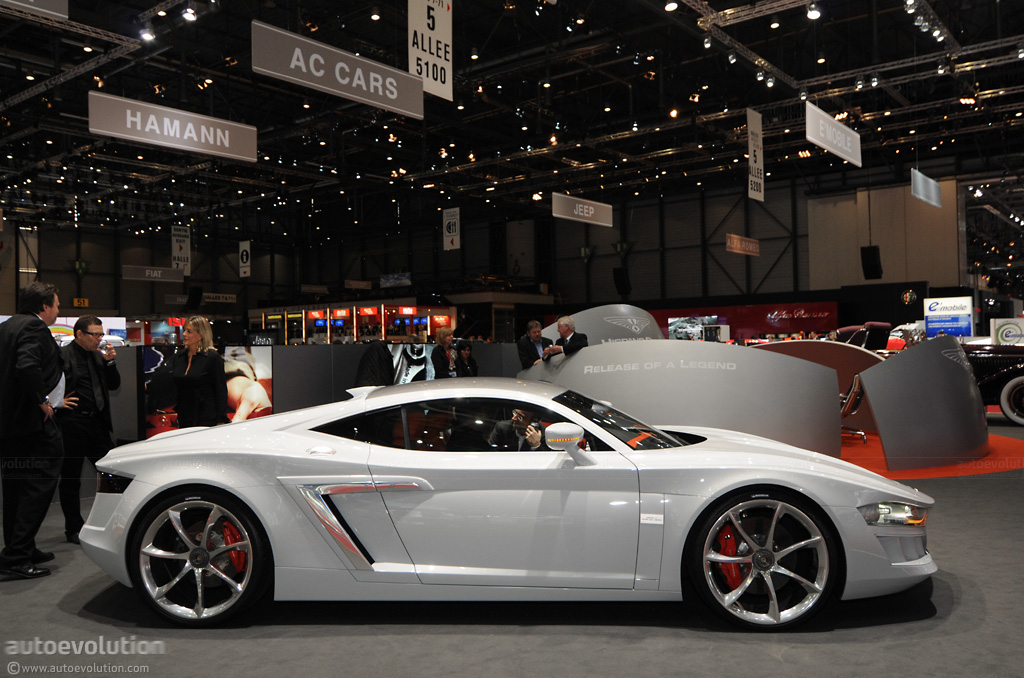 Hispano Suiza official: Yeah, we had it tested. We were in the wind tunnel with it but we haven't made any tests as far as top speed is concerned. In the wind tunnel though, we found out that there's no modification needed for the car's rear. It doesn't need a spoiler.

Alex Oagana: So there's enough downforce to keep it on the road at high speed and it's also slippery enough to achieve its calculated top speed?

Alex Oagana: Why did you decide that a supercar would be a good first model for the recently revived Hispano Suiza brand? Why not a luxury car, to carry on the tradition? (at this point, the guy went all "George W. Bush" on me)

Hispano Suiza official: Because the basic idea was... You see, at this price range, you take one decision and it is right or wrong. We decided that the best would be to build a sportscar. 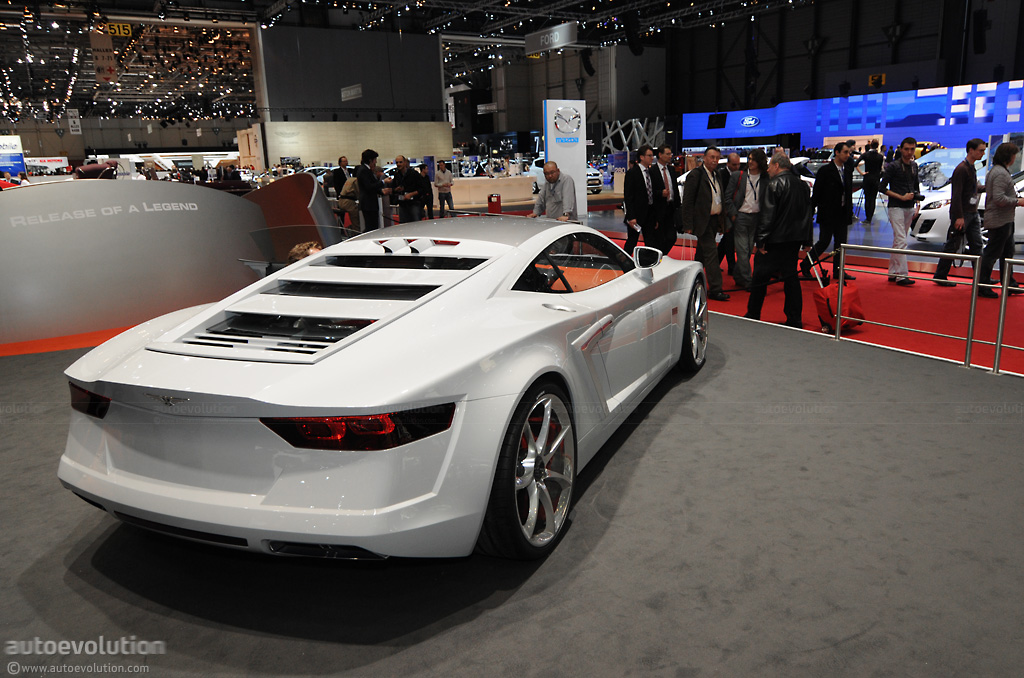 Alex Oagana: Mkay... Do you have any potential clients or maybe even orders for the car until now?

Hispano Suiza official: Yeah, as a matter of fact we had two prospective customers today. So we are now convinced that many more will probably follow during and after the show (Geneva Auto Show, ed.).

Alex Oagana: Nice... Any future plans? Where do you see this brand in five years?

Hispano Suiza official: Well, first things first. If this car will be a success, we can imagine it will probably have a topless version and some other special variants. Nothing too fancy, like a totally new model, for now, but for the future... you never know.


If you're intrigued by this exclusive supercar and want to learn more about its performance levels, here are its specifications: