2 The Story of Porsche's V10: From Failed Racecar Engine to the Heart of the Carrera GT

4 Qatar to Get Only One VW Board Seat

5 Porsche CEO Might Step Down After All
Up Next

Andrew Nabors
Family ties are tested during the holidays, so is it time for a shakeup in Lower Saxony? Porsche going public would allow for more innovation, so Stuttgart could be a nice addition to your portfolio
6 photos

At the beginning of last month, we reported that Porsche was happy with their spot within the Volkswagen empire. Now Reuters has a lead from a German financial publication that members of the Porsche family could offer their shares as the backbone of an Earth-shattering $101 billion IPO. This comes as VW CEO Herbert Diess mentioned a potential loss of 30,000 employees if EV production was not a top priority.

He is undoubtedly in a tough spot considering the labor unions along with VW’s largest shareholders. The government of Lower Saxony and the Porsche-Piech family want their most-prestigious brand ahead of the competition, an eerily similar situation to what happened in the closing days of 2005. Back then, the Cayenne was still fresh and selling like hotcakes. Wolfgang Porsche was head of the family, and they became disillusioned with VW’s leadership, namely the mergers and acquisitions spearheaded by their cousin Ferdinand Piech. Therefore, they began buying VW stock slowly, as to not arouse suspicions.

Once ownership topped 30%, German law brought about a takeover bid. This automatic system is designed to give all other shareholders a chance to reevaluate their positions, and the family responded that it was merely a protective move to scare off any potential investment by a competitor. By early 2008, they announced an intention to own 75% of VW group.

This statement generated massive appeal for the Porsche brand, with venture capital banks signing up to help. However, each time they increased their stake in VW, a takeover bid was also triggered at Audi and Scania. Because the family wasn’t interested in disrupting the flow of business, they offered a bare minimum price at each opportunity. A final push to purchase the last vestiges of VW was launched in 2009, with the new holding company christened “Porsche SE”. For the first time, the brand would be seeking a credit rating by Moody’s and S&P. It was there that cracks appeared in the plan.

With each successive move, Porsche was piling on debt that would eventually be paid off with VW cash. Unfortunately, they wouldn’t have access to the cash until ownership reached 75%. Now the world realized the Porsche family was 10 billion Euros in debt, and this triggered their last-ditch efforts. Turning to the Middle East, the Qatar Investment Authority bought 10% of Porsche’s shares to prop them up.

In the meantime, Ferdinand Piech had found sympathy inside VW’s corporate leadership, who were incensed at their ruthless cousins. Putting an end to the feud, he orchestrated the takeover of the Porsche brand by late 2012. The family’s holding company Porsche SE has maintained 50% voting rights in VW corporate, but they have repeatedly stated that they will never again cause such internal strife.

Since then, Porsche has transformed Mate Rimac from a hobbyist into an industry leader, with the Taycan offering technology that eludes us lesser mortals. His brand merged with Bugatti earlier this year, hopefully to layout an electric future with Porsche at the forefront. That leaves us to contemplate EV adoption by Bentley, Audi, Seat, Scania, MAN, Ruf, and Navistar that needs to happen yesterday. The Volkswagen name stems from Hitler’s request for a “People’s Car”, so perhaps its time to relegate it to Golf and Jetta sales. Porsche deserves to be front and center, so stay with us for all your automotive insights. 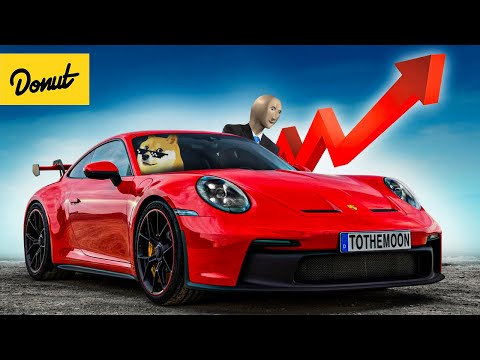