1 This Is How Google Maps Displays Regions Hit by Earthquakes

3 Three Features Android Auto Should Get in 2021

5 First Navigation App With CarPlay Dashboard Support Getting Better and Better
Car video reviews:
Up Next

What to Do if Google Maps Crashes on iPhone and CarPlay

Google Maps is the number one navigation app on both iPhones and CarPlay, despite Apple’s push for its very own Apple Maps.
1 photo
Truth be told, the Cupertino-based tech giant has rolled out several big updates for Apple Maps this year, including plenty of improvements for CarPlay. Still, despite all these efforts, Google Maps continues to be the go-to application for those who want an advanced navigation solution on their iPhones.

And it happens for a good reason: Google Maps not only covers most of the world but also offers very accurate navigation data, not only on the iPhone but also on CarPlay.

And what’s more, Google has been hard at work lately improving Google Maps with features that make sense for these crazy times, including a new capability called busyness to indicate how crowded a certain location is in real-time.

But despite being the world’s number one navigation app, Google Maps still occasionally experiences issues even on the iPhone, crashing all of a sudden for no clear reason.Why Google Maps crashes on CarPlay
While GPS problems are much more common in the Google Maps world on CarPlay, crashes still occur, and in most cases, they are caused by problems with the app itself or a compatibility error with the operating system or another app.

On CarPlay, the crash doesn’t provide too much information, only that you see the app closing, and that’s pretty much it.

The same goes for iPhones, but given Apple’s walled garden, the options to deal with the whole thing are substantially more limited than on Android.

For example, Google’s operating system allows users to clear the cache and the data of an app or even downgrade to a previous version with the stand-alone APK installer. These options aren’t available in the iOS ecosystem, so here’s what Google recommends you to do. 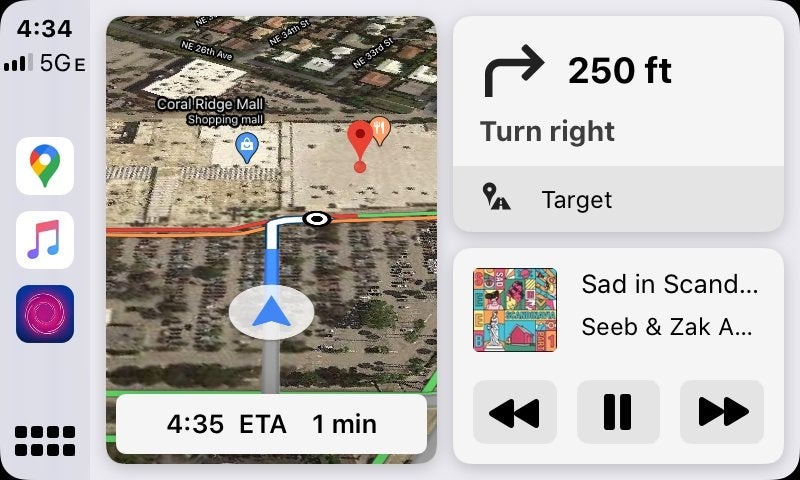 How to fix Google Maps on CarPlay
First and foremost, it goes without saying that installing the latest version of Google Maps should be a priority. The newest release comes with a more polished experience, so if you encounter any problem with an application, simply check if a new version is available for download.

On CarPlay, Google Maps needs to be updated from the iPhone using the App Store, just like you do with any other app installed on the device.

If no update is available for Google Maps, the Mountain View-based search giant recommends users to reinstall the application completely. So first, just remove the app completely and then head over to the App Store to install it once again on your iPhone. This also guarantees you are running the latest version of Google Maps on your smartphone.

In addition to Google’s recommendations, you could also try to restore your iPhone from a previously created backup. This should help deal with possible compatibility issues causing Google Maps to crash. Of course, this isn’t the most convenient workaround, but if you rely on Google Maps for your daily driving, it’s obviously worth a try.

Then, if you are running a beta build of iOS, leaving the testing program and moving to the stable version of the operating system should be something you need to consider if you want to use Google Maps properly. Beta builds of iOS are known for an increased likelihood of issues, so naturally, they could come with compatibility issues, eventually causing applications, including Google Maps, to close unexpectedly.

If nothing works, you should just reach out to Google for a fix. Sending feedback to the company is the easiest way to make sure the search giant is aware of a bug, though this doesn’t necessarily mean a fix will land overnight.