1 1970 Plymouth Superbird Has Only 9K Miles on the Odo, Looks Brand-New

Something big is heading to Daytona, and the eyes of the motoring world are anticipating a revival in popularity for America’s greatest spectator sport. Will the 7th generation Cup Car finally push NASCAR into the 21st century, or alienate the last holdouts of the sport’s glory days?

What Makes the NASCAR Next Generation Cup Car So Divisive?

While change is inevitable, only time will tell if NASCAR has what it takes to remain relevant in an ever-changing motorsports landscape. That’s why drivers and teams have spent every minute of the off-season testing something unprecedented. The “Next-Gen” is the recipe for the NASCAR Cup Series, and it shares nothing with any of its predecessors.

Starting with a new chassis, their first goal was to make the cars appear more like a production model. This led to a common cockpit with bolt-on front and rear subframes. In the event of a crash, teams could swap out the affected section and stay in the race instead of retiring early. Instead of steel, the body panels are now Carbon Fiber Reinforced Plastic (CFRP), and they are symmetrical left to right. Now the body looks great turning right also!

Things really get shifty once you climb in. Instead of a 4-speed manual transmission, drivers will be treated to a 5-speed sequential. At least that’s what they are calling it. Xtrac has developed a new transaxle that offers five forward speeds along with a reverse. Moving the transmission behind the cockpit frees up valuable room, but running a sealed gearbox removes the ability to run unique gear ratios each weekend.

Moving to the rear, nothing about this will look familiar. An independent suspension brings the car into the modern era, and it is controlled by Ohlins 4-way adjustable shock absorbers. Hopefully the teams can still have access to the spring tension, because the trackbar has gone the way of the dodo bird. Making quick changes on pit road will also be confounded by a new full-length belly pan. Aimed at optimizing downforce and minimizing turbulence, drivers have already voiced their opinions on how much heat is trapped inside the cockpit.

Since Goodyear is the only tire allowed, they have been working hard at developing a new compound. Seeking to improve response and feedback, NASCAR has finally switched from 15” steel wheels to 18” aluminum supplied by BBS. The tire handlers will be happy going over the wall with less weight, and they will only have to deal with one center-lock lug nut instead of five individuals. The track will be easier to feel thanks to rack and pinion steering, but drivers might long for the comforts of a steering box as more road courses are brought back.

It has been a decade since fuel injection replaced carburetors, and McLaren’s engine control unit is unchanged. What’s new is a digital screen that is configurable for each driver. AP Racing has developed six-piston front brakes that clamp down on 15” rotors (14” rear) and refueling has also joined the modern age. Instead of a strongman heaving a massive over the wall, NASCAR has embraced clamp-on hoses like those used in open-wheel racing.

The most recent testing has yielded an aero package that makes use of 670 horsepower for most oval tracks, with Daytona and Talladega presumably limited by the age-old restrictor plates. With so many parts now supplied by the series, they have lowered the operating costs for smaller teams at the expense of skilled fabricators employed by every team.

There is no more interpretation in chassis, suspension, or body rules now that every team is running identical hardware. Will this new car usher in a renaissance of Stock Car competition? Or will it scare away the few remaining diehards? Stay with us as Speedweeks 2022 will be here soon! 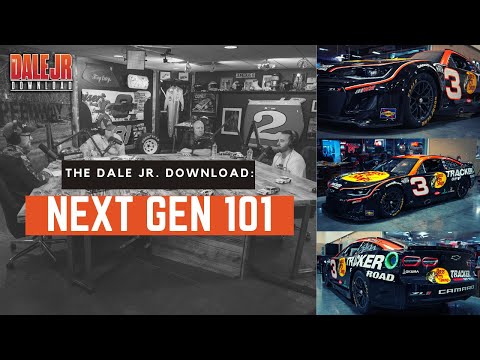