3 What Is a Distributor and How Are They Tuned?

Augmented Reality Can Put a BMW iX or i4 in Your Driveway, Thank Google Cloud

What Makes the Chevrolet LT1 V8 So Iconic?

Andrew Nabors
One of the most revered engines of all time, there is one designation that warms the hearts of all bowtie brethren. Although it has seen several generations, the ultimate naturally aspirated small block deserves a few minutes of your time.
6 photos

Introduced as the LT-1 in 1970, it was the brainchild of Corvette’s father: Zora Arkus-Duntov. He always favored the light weight of the small block, as a cast iron big block was nearly 1000 lbs (453 kg) between the front wheels. The project began as a way for the Camaro to compete in Trans-Am racing, but the series imposed an engine displacement cap of 5 liters (305 ci). Experimenting with solid lifters and aggressive cams yielded 290 horsepower and 290 lb-ft of torque (393 Nm) from only 302 ci (5 liters).

The secret sauce is how it made power. It made peak torque at 4,200 rpm and peak power at 5,900 rpm. However, it could easily rev to 9,000 rpm with the right intake and exhaust. Corvette buyers wouldn’t want to own a 5-liter engine, so the same rules were applied to the new 5.7-liter V8 that debuted in the Camaro a year earlier. Thus, Corvette buyers for 1970 could choose between nearly a dozen small and big block engines. The first iteration of the LT1 is still sought after for having incredible strength and high-rpm capabilities, but it was discontinued after 1972 once pollution controls were mandated.

To give the Corvette another shot in the arm, work began on a new version in the mid 80s. The original tooling used to make Chevrolet small blocks had been running nearly continuously since 1955, and it was getting clapped out. Team Corvette wanted more power and efficiency by 1990, so there was division in their ranks. Because Lotus was under the GM umbrella, they asked for a modern DOHC V8 engine that would eclipse the old small block, and that project became the ZR1.

This didn’t sit well with the small block team, who felt betrayed that Corvette would turn to Mercury Marine to build their top-dog V8. Therefore, they went back to the drawing board to extract every ounce of power from the old 5.7-liter. The “LT1” somehow lost its hyphen and debuted in 1992 offering 300 horsepower and 330 foot-pounds of torque (447 Nm).

To do this, it made use of a 10.4 compression ratio along with an optical ignition trigger. This “optispark” was a distributor that didn’t need to be regularly serviced, so they placed it in a logical spot...under the water pump. That’s right, every Corvette, Camaro, and Firebird LT1 from 1992 to 96 has the engine’s most important electrical part sandwiched between the block and the water pump...What could go wrong?

This is a problem easily corrected with an upgrade kit that uses intake vacuum to keep the reluctor wheel dry. These are great engines, and they represent the most affordable performance on the market. History repeats itself inside the halls of General Motors, so the LT1 was resurrected again for the 5th generation small block that arrived in 2014. It is an all-aluminum 6.2 that offers 455 horsepower and 465 lb-ft (630 Nm) of torque.

Staying true to its past, it arrived with a host of innovations. The fuel is now directly injected thanks to the return of a mechanical pump, and this is just one way it achieves nearly 30 mpg in a stock Camaro. As the base-model engine, Chevrolet gave it a very conservative camshaft in order to operate decently in 4-cylinder mode.

This can easily be disabled by swapping the cam to easily make 530 horsepower, but I am out of time. Three flavors of amazing V8 share a timeless name, so find one for yourself and stay here for more insightful automotive content. 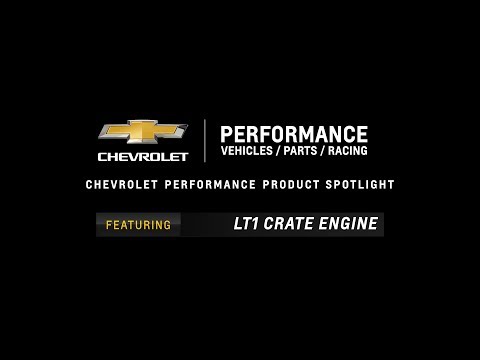