5 Dale Earnhardt Jr. Wants to Donate His Brain to Science After His Death
Car video reviews:
Up Next

If you ever see a black #3 Chevrolet in your rear view mirror, you should probably move out of the way, and that’s what every other car at The Amelia 2022 did when this car took the field.

With 7 championships behind him, nobody would’ve faulted Dale for retiring at the end of the ‘98 season. But after whipping up something special over the Christmas break, he took 2nd place at the first race of the year.

After nearly winning Daytona, the GM Goodwrench team won both restrictor plate races at Talladega along with the brutal Bristol bash. In fact, his ‘99 season produced 21 Top 10 finishes, 7 in the Top 5, leading 210 laps for the year.

This survivor was displayed at The Amelia this year by Mr. Childress, and it was the loudest car among hundreds of entries. The soundtrack was provided by a finely tuned instrument under the hood, an ECR V8. Earnhardt-Childress Racing has been powering winning cars for decades, including Chip Ganassi’s Cadillac DPI VR that won The Amelia this year.

Back in 1997, Chevrolet made hints that they were developing an all-new small block for endurance racing. The LS1 program began around 1992 and it was mostly complete by 1995, awaiting the launch of the C5 Corvette in 1997. After that success, they reverse engineered the original small block V8 that had been in production since 1955.

Realizing that the original tooling and the external dimensions were maxed out, they developed the SB2. Essentially the 2nd generation of their NASCAR V8, they were slowly phased in for the ‘98 season. The goal was to offer 900 horsepower for short races, which would allow teams to de-tune them for endurance well beyond 600 miles.

Almost nothing is shared with its predecessor, except the traditional cylinder bore spacing of 4.4” (111.76 mm). This allows SB2 heads to fit onto almost any classic Chevy, and they are still standard issue in many racing series. But because NASCAR required the same technology amongst all competitors, this masterpiece was burdened with a mechanical fuel pump, flat tappet lifters, and a carburetor.

These familiar parts were welcomed by smaller teams, who built their engines the same way their fathers had done. Richard Childress and Dale Earnhardt had the ability to see miles ahead of their competition, so something more was needed. Chevrolet promised casting tolerances +/- 0.030” (0.762 mm) from the factory. This is fine for a street car, but not at Talladega.

After investing millions of dollars in early 3D scanning equipment, they were able to machine their blocks, heads, and anything else much closer than anyone else. What’s more, this allowed them to foresee potential stress points and turbulence thanks to Computational Fluid Dynamics.

Even with such a ringer, the Fords of Jack Roush and the Pontiacs of Joe Gibbs continued to win in the unrestricted, medium sized tracks. Mr. France was so sick of this that he ordered the top 10 cars from the Coca Cola 600 to the dyno after the race. According to an archived post from PitNow, Tony Stewart’s Pontiac made the most at 674 horsepower, winning 4th place. Race winner Jeff Burton’s Ford made 658, while Dale Earnhardt had 664 to land in 6th place.

When you consider these cars were running at 9,000 rpm in intense traffic for hours, that’s not too shabby. What set The Intimidator apart from everyone else is that he could literally “see the air”. His ability to remember and anticipate the aerodynamic conditions allowed him to nearly achieve 8 championships by coming in 2nd for the 2000 season. For reasons not known to us, he was taken just a year later at the first race of the 2001 season. This 1999 Monte Carlo represents the state of the art during NASCAR’s most popular era, and that’s why it demands respect and reverence from us all. 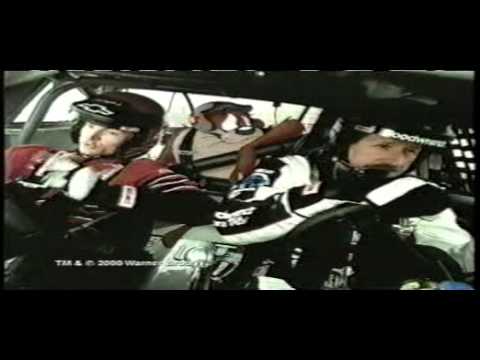