1 Is the Ferrari Roma Worthy of Its Name?

3 How To Order Your Troy Indy Special From 7fifteen Motorsports

4 Pininfarina Is Charging Ahead on U.S. Soil and Opens Two New Showrooms

5 The Ferrari Daytona SP3 Is Cool, but the Bespoke P4/5 Has a Better Story
Car video reviews:
Coverstory

Ferrari’s first seven decades were a collaboration between the engineers of Maranello and the stylists of Pininfarina. As a tribute for a lifetime of dedication, these six priceless cars represent the end of one era and the beginning of another.

Enzo Ferrari’s goal in life was to race cars, and field the world’s most successful team. Racing isn’t cheap, so the notion of selling street legal cars for us peasants to drive was truly irritating to him. The Farina family were prominent coachbuilders, who competed with Touring, Scaglietti, and Bertone to build the ultimate Italian sports cars.

Battista Farina was given the nickname “Pinin” because it translates to small, as he was 10th of 11 children, almost the baby of the family. It was an easy way to distinguish his works from those of his siblings (who also built cars using the Farina name). Because the works of “Pininfarina” outshined all the rest, Enzo sent an olive branch to discuss a partnership in 1951.

As the apocryphal story goes, Battista and Enzo were so territorial that the meeting had to be at a neutral location, a restaurant in Tortona that is halfway between Turin and Modena. Along for the ride was his son Sergio, who at the age of 25 was handed the responsibility for styling, production, quality control, and almost all aspects of Ferrari’s street cars.

From 1952 to 2017, almost all Ferraris proudly wore the Pininfarina badge, the last model being the F12 Berlinetta that was introduced in 2011 as a 2012 model. After a full and prosperous life, Sergio passed away a few months later at the age of 85. It would have been easy to build a few F12s to honor the old man, but something more was needed.

Therefore, Ferrari Centro Stile decided to show us the true nature of the 458 Spider. The last true Barchetta, it has no provisions for a roof or rear window. The Sergio was introduced as a wild concept at Geneva in 2013, without a windshield and with headrests mounted from the roll bar. Instead of aluminum, the body was formed of carbon fiber and powered by their last naturally aspirated V8.

When it came to production, no country on Earth would certify such a radical build, so a windshield and normal seats were incorporated to build only six examples. Each prospective owner had to be at the top of their exclusive client list, and they were flown to the head of Ferrari’s Tailor Made department at the factory.

To celebrate the 60th anniversary of their collaboration, buyers could choose almost any interior and exterior finish, along with a few personal touches. What was not optional was the underpinnings of the 458 Speciale A, namely 597 horsepower and 398 lb-ft (540 Nm). This allows them to reach 62 mph (100 kph) in 3.4 seconds, although the top speed likely took a hit from the turbulence of an open cockpit.

All six customers paid $3,000,000 for this piece of history, and each has gained a few million dollars in value since new. Being my favorite car of The Amelia 2022, it is my second encounter with this machine. During my tenure at duPont Registry, I was able to introduce it to new owners back in 2021. Since then, no other Ferrari catches me off guard. Pininfarina has moved on to more successes like the Coca Cola Freestyle vending machine, and the upcoming Battista electric supercar. For the time being, no price is out of the question for these six masterpieces, so tell us what you would be willing to pay in the comments below! 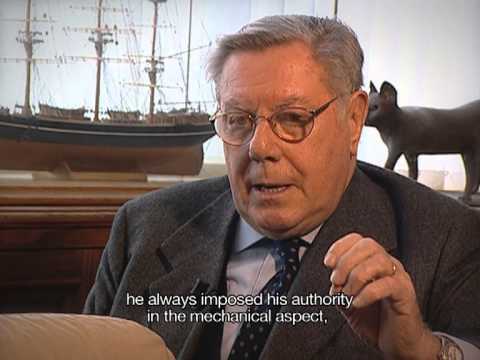