What If Ferrari Decided to Replace the GTC4 Lusso With a Roma "Wagon"?

Mihnea Radu
In the past, digital artists didn't need an excuse to render a Ferrari as a shooting brake. But this is late 2020, and you need to act like a man of culture if you want those juicy YouTube views. Thus, TheSketchMonkey says he wants to make the Roma more elegant using this digital process.
4 photos

Shooting brakes are like an automotive metaphor for being different from the establishment. Only a few companies were brave enough to try this in the real world, so the Ferrari GTC4 Lusso is a sort of landmark. But legends do eventually die, and we do think the Roma is the perfect type of car to act as its replacement.

As the YouTube artist explains, the styling of the Roma is like that of classier Ferrari GTs of old, elegant, not overly aggressive. Sure, the mid-engined beasts carve the track with telepathic precision, but a lot of buyers just want something special to take them from A to B.

The Lusso does that well. It's not even that expensive to service, and the body holds a decent amount of luggage. But outside of maybe the top speed and the raw exhaust sound, the Roma seems to have all the bases covered. We're not saying it should be turned into a shooting brake, but it'd be cool if Ferrari created such a car instead of maybe getting rid of the Lusso altogether.

We also have to address the issue of this being called a wagon in parts of the video. The idea isn't to turn the Roma into a shopping car. But 'shooting brake' sounds a little pompous, plus America will always be one of Ferrari's top markets, and wagons conquered the frontier. He also called his Mustang GT350 a "wagon", if you're interested in such a concept. And if you're reading this, you probably are. 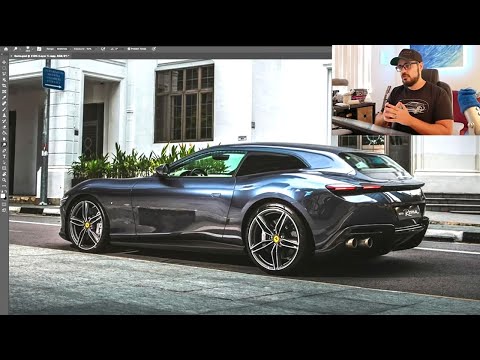