Home > News > U-turn
Ionut Ungureanu
We’ve been writing about driving under the influence of alcohol for several years. Being sober while on the road is statistically the most important thing motorists need to know if they want to stay safe. But with more and more states in U.S. "legalizing" both medical and recreational use of marijuana, a new risk appears which is driving while stoned.
1 photo
Luckily nongovernmental organizations such as We Save Lives have decided to take action. The Florida-based safety advocates have recently created the Weed Advisor Rolling Papers, a regular marijuana smoking paper with a non-toxic printed design that animates when rolled.

There is an image of two cars with white space in between that shrinks as the paper is rolled up. The animated vehicles ultimately crash. The auto accident comes with a “pot slows your reactions, don’t smoke and drive” message.

Is this sort of campaign truly needed? According to We Save Lives, which claims to be the nation’s leading anti-drugged driving organization, the recent “legalization” is having a negative impact throughout the country. Based on the National Highway Traffic Safety Administration figures, the group claims there has been a dramatic increase of users driving while impaired on marijuana.

To launch this initiative, two thousand packs of rolling papers were distributed to more than two dozen marijuana outlets during World Cannabis Week in Denver, Colorado. According to the creators of the awareness campaign, currently, more packs of Weed Advisor Rolling Papers are being produced and will be available online or through licensing.

“This idea allows us to take an active role in educating and leading marijuana smokers towards a more responsible attitude about driving, while maintaining and leading open conversation with them that we disagree with the notion that people can consume marijuana and drive safely,” said Candace Lightner, president and founder of We Save Lives and the founder of MADD (Mothers Against Drunk Driving). 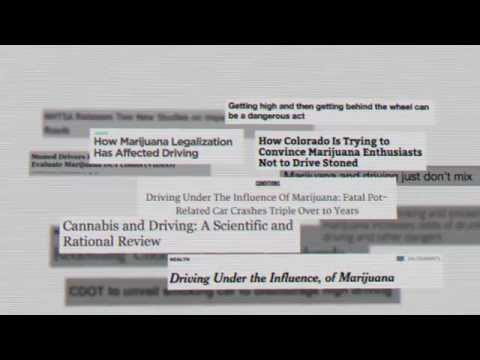