4 Schumacher Signs New Manager for 2010
Car video reviews:
Up Next 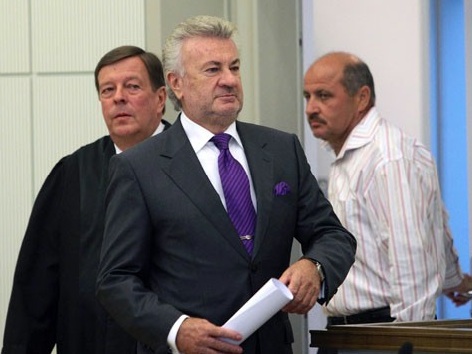 It seems that the former manager of 7-time world champion Michael Schumacher, Willi Weber, and the goddess of fortune have a thing going on, as the German has once again dodged a bullet in a court of law. For the second time in two years, Weber has been found guilty of the same crime, yet he managed to avoid prison time.

In recent months, the 68-year old has been in the public eye – in a negative way – for the fraudulent bankruptcy of one of his former firms, Pole Position Marketing, as well as embezzlement. Despite continuously stating his innocence, a Stuttgart court apparently sentenced him to 2 years of probation (although we don't know exactly what the verdict in this case was, in all of its complexity).

The information was brought to the public on Thursday by news agency DPA and the Suddeutsche newspaper, both reporting that Weber must also pay EUR360,000 to charitable organizations.

As reported in some of our previous pieces on Weber's case, this is not the first time the German manager – who is still taking care of the commercial aspects of Schumacher's career – has had troubles with the law. It was actually two years ago that he was sentenced to a couple of years of probation for a case involving an insolvent Schumacher merchandising company.

Back then, he also received a hefty fine from the German authorities. However, considering that this was the second time in a court of law for Weber, it was believed he would risk imprisonment if found guilty.

Weber's managing collaboration with Schumacher ended prior to the start of the 2010 season, but the German continues to run the destinies of several drivers in the motor racing world. The most important driver – as a name, at least – championed by Weber is F1 rookie Nico Hulkenberg.