2 Webber's Chassis Had Problems in Australia
Up Next 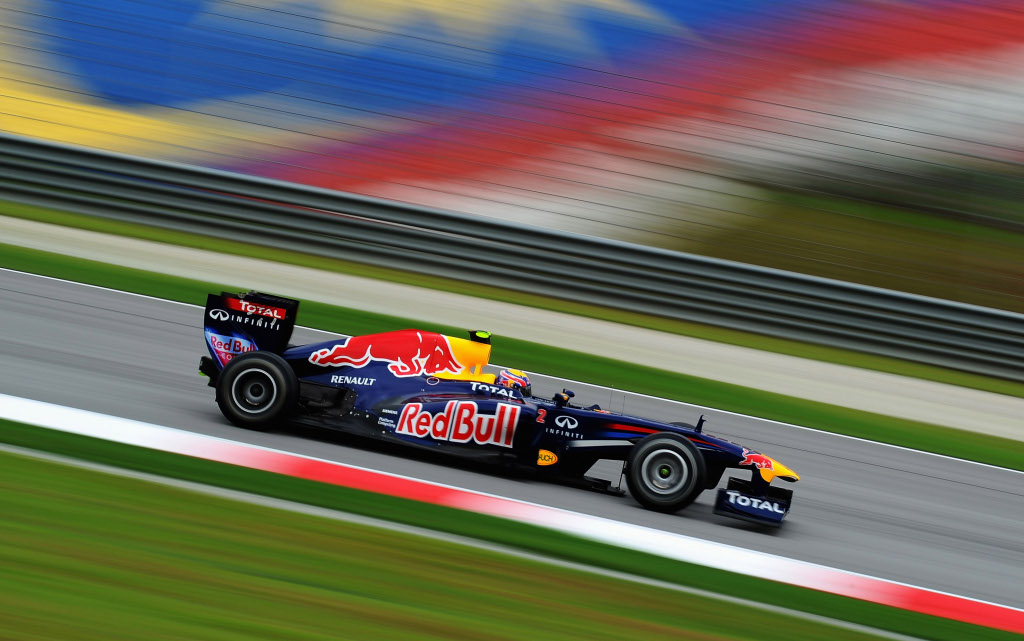 Mark Webber dominated an interesting first practice session of the Malaysian Grand Prix on Friday, following his rather disappointing outing in Australia. And not only the 34-year old topped the timing reports at Sepang, but led the running from beginning to end, finishing more than one and a half seconds faster than anyone on the circuit.

After leading the classification with over a second from McLaren's Lewis Hamilton, Webber ended it in style some 10 minutes before finish, dropping it to the best time of 1:37.651. Hamilton had to settle for the runner-up spot, 1.665 seconds off pace, while third overall was secured by Mercedes' Michael Schumacher.

Nico Hulkenberg did his job splendidly at the wheel of his Force India VJM04 and he would have finished even higher hadn't it been for Schu's late fast lap. The Top 5 was completed by Williams' Pastor Maldonado, who recorded his fastest lap of the morning on hard primary tires.

Ferrari's Felipe Massa ended the day in 6th place after doing most of the morning running without the intent to set a fast lap – focusing on testing the aerodynamic updates of the 150 Italia – while Renault's Nick Heidfeld only managed to run his Renault for an overall 6 laps to eventually finish 7th.

The German driver experienced a problem with his car's front-right brake which led to a wheel lock and hampered his entire practice time. What's worse for Renault is that their other driver, Australia podium finisher Vitaly Petrov, also did a limited number of laps on Friday morning (4), after his front-left brake failed in Turn 9 and sent his car into the gravel. The Russian finished FP1 in last place.

The Top 10 was completed by Rubens Barrichello, Fernando Alonso and Nico Rosberg, while Australian GP winner Sebastian Vettel made a low-profile appearance on Friday, driving a KERS-powered RB7, and finished the session in 17th place.

Jerome D'Ambrosio provided the audience with the scaring moment of the day, when his MVR-02 suffered a front-left suspension failure while tackling the last corner and caused for the entire system to explode (those of you who have seen Sebastien Buemi's suspension system failure in China will get the idea).