1 That Tiny Bright Dot Is the James Webb Telescope, Almost One Million Miles Away From Earth

Webb Captures Stunning Image of Distant Star, And It Doesn’t Even Try

Launched after years of delay at the end of 2021, the James Webb Space Telescope (JWST) is now floating in space, 1.5 million km (932,000 miles) from Earth, at a location called Lagrange point 2 (L2), waiting for its mission to officially start.
10 photos

At the time of writing, the international team behind the world’s most potent telescope ever made expects the hardware to be fully operational several months from now.

On March 11, the team completed the mirror alignment, the primary imager, the Near-Infrared Camera, is ready, and now “every optical parameter that has been checked and tested is performing at, or above, expectations.”

It will take scientists roughly six more weeks to get the rest of the systems (Near-Infrared Spectrograph, Mid-Infrared Instrument, and Near InfraRed Imager and Slitless Spectrograph) up and running, with the Optical Telescope Element to be also fully aligned by early May.

Some would say that with so much work left to do, the telescope in not nearly ready to peer into the past of our Universe, looking for light coming from the stars formed immediately after the Big Bang, signs of alien life, and quasars, among other things.

Yet, as people here on Earth were telling the machine what to do, the telescope captured the most stunning (and sharp) image of an alien and distant star the world has probably ever seen (main photo of this piece).

"The telescope's performance so far is everything that we dared to hope," Jane Rigby, Webb operations project scientist said according to Space.com.

"The engineering images that we saw today are as sharp and as crisp as the images that Hubble [Space Telescope] can take, but are at a wavelength of light that is totally invisible to Hubble. So this is making the invisible universe snapping into very, very sharp focus."

We are not told what star that is, if it even has a name, or how far, but this tiny glimpse of what’s to come is getting space enthusiasts all worked up. The first full images and science data are expected this summer. 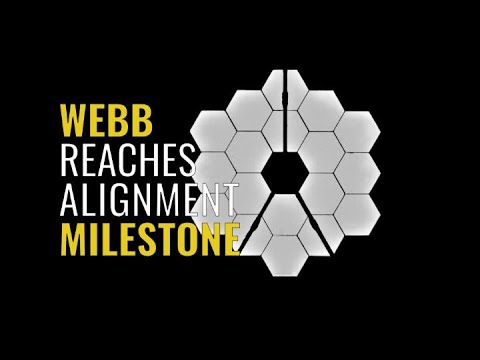