5 2014 Playmate of the Year Gets MINI Roadster from Playboy
Car video reviews:
Up Next

We Never Knew a MINI Could Sound Like This

Out of the MINI line-up, the John Cooper Works models are known to be the most extreme. However, nothing could’ve prepared our ears for what we’re about to share with you.
9 photos

The guys from Armytrix are surely trying their best to prove the characteristics of their products. And they do succeed most of the time. As a matter of fact, we had no idea that a 1.6-liter 4-cylinder engine can sound so good, loud and impressive at the same time.

What you’re looking at here is the custom exhaust created by Armytrix for the MINI Cooper R56 JCW. The standard car sounds enticing enough, with a nice burble and some loud pops on deceleration but this thing takes it to a whole new level.

According to the tuner, the car in the video is fitted with a full system including decatted down pipes, mid pipes, new mufflers with electronically controllable valves and new tail pipes in titanium blue. Actually, that last bit looks really good, as if the tips have been heated by the flames coming from the engine.

Added to the JCW body kit of the MINI they really blend it and give it a much meaner look. That’s just from a visual standpoint, however. What we’re here for is the audio part.The Armytrix exhaust is quite a blast
Armytrix’s system has valvetronic mufflers, as we said and you can adjust the sound coming from the exhaust, according to how you feel. That being said, at night or around town you can have the valves closed for a smoother ride while at other times, you’ll be going mental with the valves open. Judging by the video posted below, we have no worries that you’ll be heard from quite a distance.

Unfortunately, prices for this exhaust are not available for now. Furthermore, it doesn’t show up on the Armytrix website so it might be a custom job for this car alone.

UPDATE: We contacted Armytrix and we were able to get the prices for these parts, if you're interested. The performance decatted down pipes will set you back $450 alone while the front pipes, mid pipes, Valvetronic muffler and twin tail pipes add up to a total of $2,180. That means the grand total rises to $2,630. 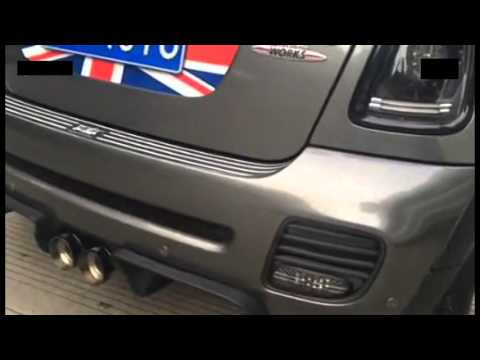