1 Japan Finds Traces of Organic Matter on an Asteroid, The Building Blocks of Life on Earth

2 NASA Testing Tech for “Most Sophisticated” Mission Ever: Stealing Rocks From Mars

Panspermia is the theory that claims life here on Earth originated out there in space. Its supporters flaunt several ways life could have been brought to our planet, from an alien race knowingly seeding it, to it accidentally getting here by means of an asteroid. And it's this latter theory that seems to have been proven by Japanese scientists.
9 photos

For more than a year now, they have been working on samples of an asteroid called Ryugu. They were snatched from there by a spacecraft called Hayabusa2, and arrived on our planet in 2020.

Back in June 2022, Japanese space agency JAXA said it found traces of organic matter associated with the origin of life on the asteroid. More to the point, it found Ryugu “may have originated from a comet nucleus that contained amino acids needed for life on Earth.” And that announcement is backed this week by confirmation that the asteroid did originate in the outer Solar System, making the samples we have extremely important.

Especially given how we’re told the research “suggest that coarse-grained phyllosilicates may have served as cradles for organics and water, which may subsequently have been transported to the early Earth.”

There’s an entire, brand new paper on the most recent Ryugu samples, and you can study it in detail here. If you like to skip to the ending, though, here is the bottom line: Ryugu has elements that originated in the outer Solar System, including water and organics.

And even if that doesn’t confirm Ryugu itself is (in part) responsible for the life of you, me, and everybody else, it does confirm elements needed for life as we know it could be everywhere, thus advancing the panspermia theory.

At the time of writing, Hayabusa2 is on its way to another asteroid, 1998 KY, which it should reach in 2031. And who knows what this one will teach us about our place in the Universe. 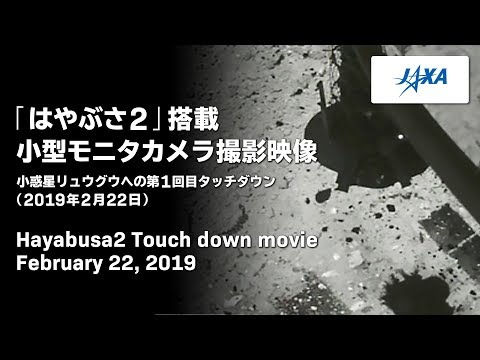