2 Properly Understanding the 2021 Mazda3: An Enjoyable Ride Through the Matrix

People who drive rare enough models tend to feel an instant bond if they meet someone driving the same car, and in some cases, they may even initiate a salute of sorts.
35 photos

Usually, that involves flashing the high beam, raising the hand, or even nodding if the distance is short enough. Extroverts may even honk at each other or put their head out of the window and shout something, but that's not the kind of behavior we want to encourage.

All the greetings we mentioned so far can be used by anyone driving any type of car, but when your vehicle has a certain quirky feature, it would be a shame not to take advantage of it for this process. After all, it may be the thing that sets you apart from the rest of the road users, so you might as well show it off.

That's exactly what two Mazda Miata NA drivers from Holland did when their paths happened to meet. The two were waiting at a traffic light opposite each other when the person filming noticed their fellow Miata owner was using the pop-up headlights to draw their attention by making them move up and down.

The person decided to respond in the same manner, so the two cars started winking (or is it blinking?) at each other in what must have seemed like a very peculiar behavior to everyone else present. However, had a C5 Corvette (unlikely) or a Lotus Esprit (even more unlikely) been around, they could have joined in on the fun too.

In fact, the list of vehicles that used pop-up headlights throughout the time is quite substantial. Even though the need for them is completely gone as the large lightbulbs have been replaced with tiny LEDs, as pointless as it may be since they most definitely won't be making a comeback, you can't help feeling a little nostalgic about this feature.

No, they really are gone for good. Just imagine the pedestrian safety rating a car equipped with what are essentially two horns on its hood would get. The flip-eye headlights are a piece of history, so the only way to enjoy them is to buy an old car that has them. Or take the cheaper option and watch the clip below. 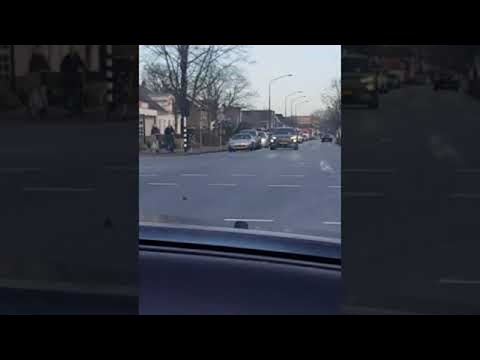