1 Trucker Pulls Cop Over to Teach Him a Lesson

2 Dan Bilzerian Just Got Arrested, But For What? [Updated]

Driving a BMW X5 with No Emissions? Is it Possible?

Watch This Trooper Shockingly Shooting a Driver With No Reason

Home > News > U-turn
Ionut Ungureanu
A police officer from Columbia, South Carolina is facing a 20-year charge after he shot an unarmed man at a gas station, earlier this month. The dashcam video released today shows the cop exiting his vehicle and asking a driver for ID. The man goes to his car to get it, when, apparently for no reason, the cop starts shooting him in the thigh. Fortunately the driver survived.
1 photo
Lance Corporal Sean Groubert, a state trooper who was fired after shooting an unarmed man at a gas station on the 4th of September, has been charged with assault and battery of a high and aggravated nature, jail records show. The incredible shooting happened in the parking lot of a Circle K in Colombia, South Carolina, after Groubert pulled Levar Edward Jones over for a seatbelt violation.

According to an arrest warrant quoted by WISTV, “Groubert did without justification unlawfully shoot Jone which produced great bodily injury or was likely to cause great bodilty injury. Audio and visual video recording, as well as written statements, obtained further evidence to indicate the shooting incident without justification.”
Jones survived the shooting
Fortunately Jones is out of hospital and said he is recovering. The man was lucky to survive, but he hopes what happened to him can make a change throughout the country. As to the ex-cop that shot him, well he is walking free for now.

Sean Groubert was fired following the incident and risks 20 years of prison if convicted. However, he is currently out of jail after posting $75,000 bond.

Not that we’re cruel or anything, but maybe you should watch the video below and make your own impression on the incident. As far as we can tell, this is just outraging. 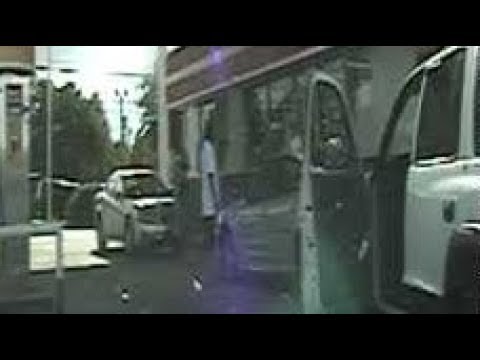