4 The Following Video Has Been Approved for BMW Enthusiasts

Home > News > Industry
Gabriel Nica
When BMW released the 1M Coupe, some people thought is was supposed to be called the M1. The 2 of them share some things like the BMW badge and the limited numbers in which they were produced, but that's about it.
1 photo
The E82 1M coupe was produced in a total of 6,331 units and the last one was just delivered. Unlike other M cars that are based on M-derived engines called Sxx, the 1 Series M coupe uses only a M-tuned engine, based on the 135i model called N54. The N54 engine on the 1M produces 340 HP and 450 Nm of torque.

That might not seem like much but, because of the weight of the car, the 1er is really quick and agile and some even dared to say that it might replace the M3. Of course that will not be the case, no matter how good the 1M is.

Some upgraded versions of the 1M can, however produce a significantly bigger power output, through careful tuning and modifications.
One of these is featured in today's video. This one has 400 HP obtained because of the usage of ETS inter cooling and piping, AFE Intake Kit, Procede modified ECU, AR down pipes and Berk mid pipes.

The suspension has also been modified and now has AST 5100 coil overs with camber plates, custom springs and Apex wheels (with BF Goodrich R1 tires). There is nothing else left to say. Just watch this beauty go for a spin. 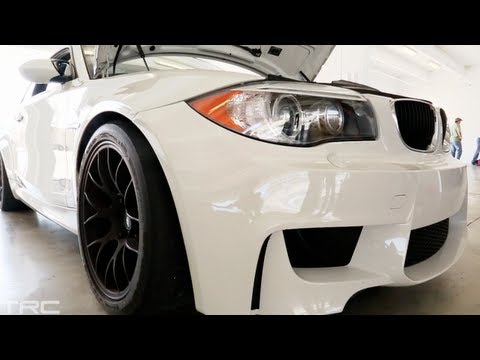