You know that mild shock you get the moment you realize the famous person you're looking at used to be your primary school classmate? Watching this clip felt somewhat like that for us.
1 photo
Though we didn't go to school together, we've been keeping tabs on Sebastian Vittel - a relatively unknown French driver who started posting videos on YouTube of him lapping the Nürburgring in a Tesla Model 3 Performance with the optional Track Pack installed. His clips drew our attention because they were straight to the point and action-packed, and it wasn't long before it became obvious the man knew what he was doing.

Out of the blue, Sebastian posted a clip titled "Tesla MODEL S PLAID 1100HP record lap Laguna SECA!" today, and the first thought we had was "where did he get his hands on that footage?" As it turns out, it wouldn't have been that difficult since it was actually him that drove the car that set the now famous 1:30.3 record lap time. Surprised? That doesn't even begin to describe it.

The best bit of news, though, came in the video description (slightly edited): "Here it is, the record lap on Laguna Seca for the TESLA MODEL S PLAID with 1,100 HP.... only 2 seconds slower than a 991 GT2 RS..." Nothing special so far, right? "Next stop at the Nürburgring, I can't wait to stay in touch," he continued.

It won't surprise anyone that Tesla wants another go on the famous German circuit for what seems to be its fastest vehicle yet, but it's nice to get a confirmation that may not be exactly official, but comes from a "trusted source".

Thanks to Elon Musk, we already knew that Tesla plans to take the new Roadster there next year. The only question now is whether the company will make a single trip with both vehicles or will decide to move quicker with the Plaid S to continue its campaign against the Lucid Air. So far, this is the only concrete proof we have of Tesla's superiority since the tri-motor Air allegedly took three more seconds to finish the lap. Nice work, Tesla. Now show us a clip with that sub-nine seconds quarter mile run and you won't hear from us in a while. 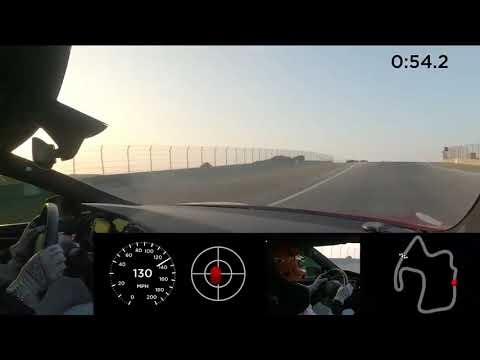