Often regarded as a glorified Q5 even though it’s different from its Audi-branded sibling, the Macan is Porsche’s best-selling model. Back in 2021, it moved 88,362 units compared to 83,071 Cayenne SUVs. In other words, utility vehicles account for more than half of the marque’s yearly sales.
49 photos

A sports car specialist at heart, the German automaker understands that SUVs are getting increasingly hot. This body style may seem a bit dull to some of us, but on the other hand, bear in mind that Macan and Cayenne sales help the peeps in Zuffenhausen develop more variants of the 911.

Given these circumstances, how can the illustrious automaker sell more utilities than it already does? The answer is electrification, and the Macan EV is certain to sell by the truckload. Porsche decided on full electrification for the Macan in July 2018. Come February 2019, the marque confirmed that it’s going to use the Premium Platform Electric for this application.

Co-developed with Volkswagen Group premium brand Audi, the PPE also underpins the A6 e-tron. A replacement for the J1 platform employed by the Taycan and e-tron GT, the PPE is rocking 800-volt charging. Developed for wheelbases of between 2,890 and 3,080 millimeters (113.7 and 121.2 inches), this architecture is capable of accommodating 100-kWh packs.

Another detail that should get prospective customers pumped up for the Macan EV is the output rating, estimated at 475 kW (637 horsepower) for performance applications. By comparison, the Taycan Turbo S is capable of 750 ponies with overboost. If the mad professors in Zuffenhausen squeeze out 700 horsepower from the range-topping variant of the Macan EV, then it’s certainly going to be supremely exciting in a straight line.

Being a Porsche, the Macan EV also needs to handle like a dream. Although it’s anything but gracious due to its camouflage, the featured prototype demonstrates that Porsche really cares about handling. As expected, the noises coming from those tires confirm that it’s a pretty heavy fellow.

In related news, the Macan EV won’t launch in 2023 as originally intended. The commercial launch has been postponed to 2024 according to chief executive officer Oliver Blume. The reason for this delay? Cariad, which is the Volkswagen Group’s software subsidiary, is behind schedule with the next-generation software that provides Level 4 hands-off autonomy. 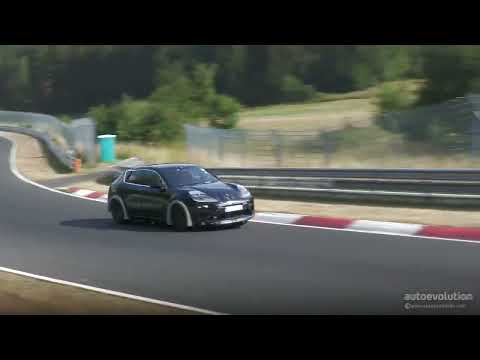