BMW 3 Series vs. Jaguar XE: A Choice That Might Prove to Be Subtly Difficult

Home > News > Car Profile
Mircea Panait
As opposed to Mecum’s failed auction of the last 2020 Corvette Convertible at Kissimmee, the peeps at Barrett-Jackson didn’t have any trouble hammering the first 2020 Corvette Convertible at Scottsdale. The drop-top sports car sold for a whopping $400,000 including the buyer’s commission, and all proceeds are heading to the United Way for Southeastern Michigan.
10 photos

By mobilizing partners, donors, advocates, and volunteers, the charity builds communities of stable households and thriving children in Southeastern Michigan. In that region of the Great Lakes State, "almost half of all families struggle to meet their basic needs” according to United Way.

Turning our attention to the black-over-black Corvette, you’re looking at the 3LT equipment group with GT2 seats, red seatbelts, and the Z51 Performance Package that used to retail at $5,000 for the 2020 model year. The corner-carving vehicle is also rocking 19- and 20-inch aluminum wheels with a five-spoke design, machined finish, and Carbon Flash paint.

Estimated to have retailed at $90,000 out of the dealership lot, this machine combines a small-block V8 with a dual-clutch transaxle. LT2 is how Chevrolet refers to the dry-sump engine, which develops 495 horsepower and 470 pound-feet (637 Nm) with the optional NPP performance exhaust.

An evolution of the LT1 that Chevrolet used in the seventh-generation Corvette, the 6.2-liter lump is capable of maintaining oil pressure at up to 1.25 G of lateral acceleration. The dry-sump design also requires less oil, namely 7.5 quarters or 2.25 quarts less than the LT1.

Chief engineer Tadge Juechter explained that Corvette owners have asked for a dual-clutch transmission, hence the Tremec-developed transmission. As for the actual reason for its adoption, a torque-converter auto decelerates the car when shifting whereas a dual-clutch setup avoids this compromise.

After two years of production, the mid-engine Stingray will be joined by the mid-engine Z06 for the 2022 model year. Expected to be revealed in July 2021, the first performance-oriented version of the C8 will feature a flat-plane crankshaft V8 derived from the powerplant in the C8.R racecar. 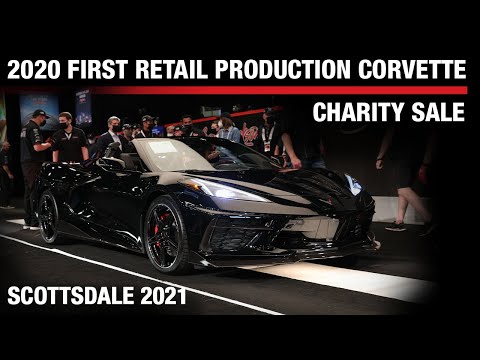