2 Airborne Racing Is Here as Airspeeder Series Coming in 2020, Preview in Goodwood

In the sky above today’s battlefields, the U.S. military is the undisputed leader when it comes to surveillance and combat drones. With over 10,000 such weapons platforms in existence, America could essentially wage an all-out war remotely if it had to.
7 photos

Yet the country’s foes are not waiting for a strike to come. At the end of last week, the Russian military conducted the first test flight of the Sukhoi S-70 Okhotnik, a heavyweight drone capable of both surveillance and strikes.

Video of the Hunter platform (English for Okhotnik) taking to the sky was just published by the Russians on Wednesday.

As you would expect, most of the details about the drone are secret, as is the location where the test flight took place. Several details are however known.

That essentially means it is bigger, heavier, and more potent than the American General Atomics MQ-9 Reaper (Predator B).

It is unclear what types of weapons can be fitted on it, and the Russians say it will primarily be used for intelligence, surveillance, and reconnaissance

Last week’s test flight was officially the drone’s first, although there are reports another flight was conducted on May 25. 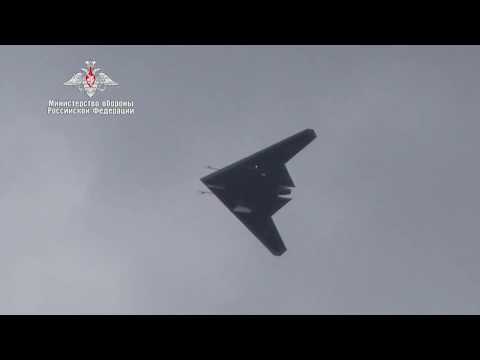