4 Up Close With Ken Block's Audi S1 Hoonitron, It Has a Signature Button

5 Ken Block Gets To Drive the Audi RS Q E-Tron on Snow and Ice, Seems Impressed
Car video reviews:
Up Next

Lewis Hamilton Is Glad F1 Season Has Come to an End, Promises to Make a Comeback

How hard can it be to drive a rally car properly without any prior rally car driving experience? Not as hard as getting the damn thing up and running. That’s the part most YouTube videos intently omit, focusing on the dramatic wheelspins, drifts, donuts, long jumps, roaring exhausts, handbrake turns, and… rally stuff.

Which is pretty cool, to be fair. If you’re Ken Block, it’s even blockbusting, trendsetting, and legend worthy. Granted, Ken is a very talented pilot. Still, his antics rely on a crucial detail: the ultimate machines he so effortlessly guides through challenges that challenge physics, logic, and basic anatomy.

Just remember how he darts out of a thick cloud of smoke with mathematical precision, despite having zero visibility (maybe he has exceptional hoonigan vision). His Fords are just as much of automotive icons and social media demigods as the pilot. But what happens when one such four-wheel torpedo ends up with a regular driver?

After ending his decade-long deal with the Blue Oval, Ken Block sold some of his piston-powered partners. The famous Ford Fiesta that starred in Gymkhana Six, Eight, and Terrakhana, the RX43, is now a (very, very special) part of a YouTuber’s Collection.

You might have seen him before doing dirty drifting in a Lamborghini SVJ. If not, play the last video at the bottom to watch Mark McCann thrash (and trash) the super sportscar under a helicopter hovering some ten feet (three meters) above his windshield.

The YouTuber bought the Ken Block Fiesta, and he’s been keen on taking it out for a spin. Literally – take the seat (the only one), floor it, and unleash four-wheel-drive sideways havoc. Or that’s what every YouTube viewer would expect. But what Mark did not know when he purchased his Gymkhaniac Ford was how to operate it.

The car came with no user manual, instructions, guidelines, self-explanatory labels or tags, or anything remotely resembling a crash course on the RX43 Ford Fiesta. In an unbelievable twist of fate, Mark – the proud owner of the famous drifter – found one of the mechanics who initially set up the car before its Gymkhana adventures.

With this man’s help, the owner got the Ford started (in a reasonably long time because the procedure mimics a NASA rocket launch). Watch the video below to see how many steps it takes to correctly get the car in “Send it!” mode.

After getting all vital parameters to the required levels, it is time to blast a hole in the dirt, right? I was wrong, too – the car is too expensive to throw around like any other four-wheeled toy. (By the way, to put things into perspective, keep in mind that the SVJ mentioned above is a half-a-million-dollar dirt collector).

Apart from the confidential acquisition cost, the car is outrageously sophisticated (and pricey) to use. It needs special $24/gallon fuel and a special pump to fill the tank – this part alone is quite complex and requires two people working simultaneously. The complications list can go on endlessly, and there aren’t many car parts shops that sell one-off components (like the Cosworth ECU, for example).

Therefore, the Ford Fiesta RX43 Mark McCann test drive is somewhat of a crawl. The 2013 Rallycross car has a 2.0-liter turbocharged inline-four that breeds 600 hp (608 ps) for all four wheels and tames the 650 lb-ft (881 Nm) stud through the six-speed sequential. The 1.8-second zero-to-sixty (0-97 kph) missile is kept at a newborn’s stroller speed. It is understandable, as it would take millions of YouTube views to fund a repair project.

The driver’s bias about whether to push his limits with the car is almost touchable in the video. He held in the urge to gun the gas pedal and took it very easy. But, to do justice to an absolutely fantastic car, watch the second video to see what this Ford can do in the dirt—granted, with KB in the seat. 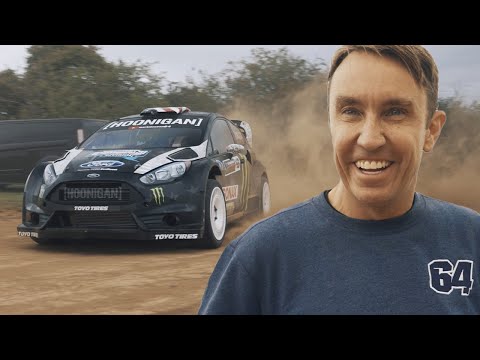 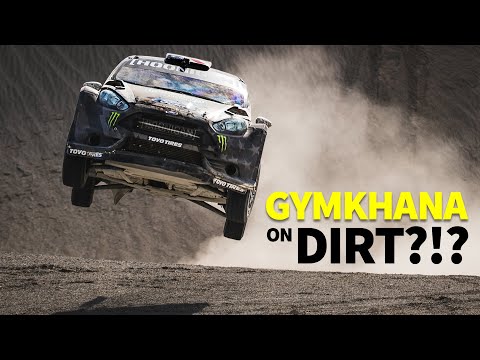 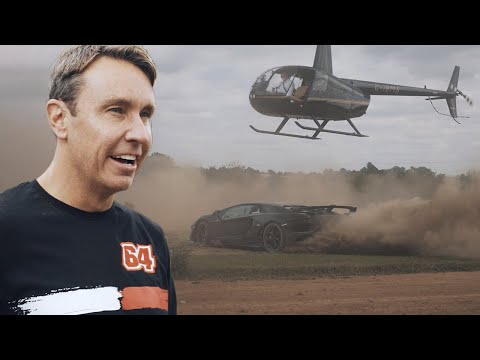