5 Elon Musk Will Sell Tesla Shares to Pay Taxes: The People Have Spoken
Car video reviews:
Up Next

Back in June 2021, Jay Leno was invited by Tesla to race the Model S Plaid over the quarter mile at the Famoso Raceway in California. Finally published in full on YouTube by CNBC Prime, the featured video reveals how easy it was for the TV host to break into the 9.2-second range.
7 photos

The Feature Details menu of the configurator lists the acceleration time with a small asterisk, which is explained as follows: "first foot of rollout subtracted." Tesla also lists the quarter-mile time at 9.23 seconds at 155 miles per hour (250 kilometers per hour) as long as you subtract the first foot.

Two words for both MotorTrend and Tesla: tsk tsk. But on the other hand, can you think of a more impressive car for the money? I surely can’t, which is why I cannot ever hate on the Model S Plaid even though it sure needs a styling update because the Model S will celebrate its 10th birthday in 2022. 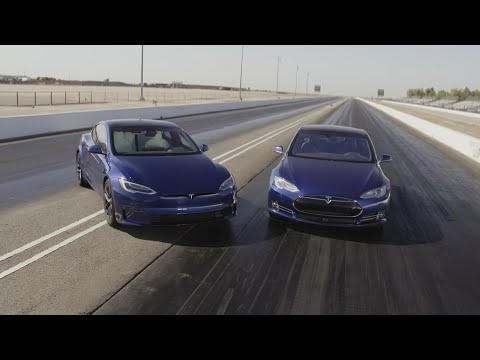