Remember the Canadian’s on-again, off-again YouTube show in which he’d drive around A-list celebrities, get coffee and have random discussions? Well, something similar happened recently, only that this time Deadmau5 simply wanted to check out how a Tesla Model S P58D drives. Zimmerman is obviously impressed by Elon Musk’s Insane Mode feature the newer Tesla cars integrate.
1 photo
It’s not just about being famous and driving autos with Zimmerman. No, Joel is one of the wealthy car guys that will buy the most expensive ones on the market and race their but off. Buyin new cars has become a routine for the successful electronic music DJ. First he teases auto dealerships on Twitter and other social networks. Then, he test drives them and usually films the entire adventure. Next thing you know, he buys one.

It’s been the same drill with the BAC Mono car, the McLaren P1, the Ferrari 458, and will most likely be the way he’ll get his future cars too. So watching the video he just posted on YouTube is not interesting just because of the artist’s reactions to the EV’s great performances but is also telling us about Deadmau5’s next ride.

Since we’re not here to spoil it, we’d only like to add a couple of things related to the EV. Even though we’re sure you know that already, the Insane Mode truly exists and is how Tesla Motors names its acceleration on the display feature. We haven’t yet had the chance to experience it, but we did drive a regular Tesla Model S, and we totally agree that the vehicle’s performances are truly impressive.

Will Deadmau5 buy a Tesla Model S P85D next? Even better, will he wrap it in a Nyan Cat?

Update: Turns out we were quite right, Deadmau5 was truly planning to buy an EV. In fact, judging by his recent tweet he just did that. (Hat tip to our reader John for the hint) 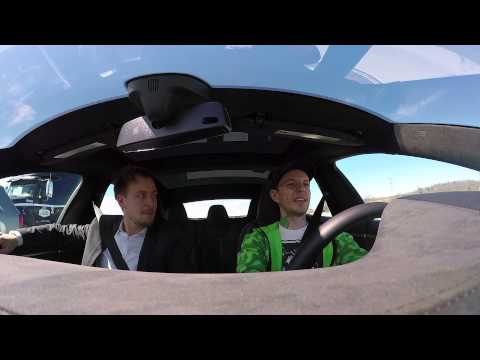