3 WRC 6, The Official Game Of The FIA World Rally Championship, Is Closing In

5 GT 5 Concept and PSP Version New Videos
Up Next

Home > News > Videogames
Cosmin Vasile
We’re less than a month away from WRC 10’s release and developer KT Racing has started to hype the game. The official FIA World Rally Championship video game is set to debut on September 2 on PlayStation 4, PlayStation 5, Xbox One, Xbox Series X/S, and PC.
9 photos

Until then, fans of the series can enjoy a short gameplay trailer that shows off Colin McRae’s iconic Subaru Impreza WRC 1997 car, which helped him achieve one of the most stunning victories of his career at the 1997 Rallye Sanremo.

To take the top spot, Colin McRae had to overcome some of the best drivers of that decade: Tommi Makinen and Carlos Sainz. What’s interesting about this historic event is the folks at KT Racing have decided to add it to the game, but only players who pre-order WRC 10, either the Standard or Deluxe versions, will be able to access the race from the game’s History Mode.

Last but not least, developer KT Racing also promises one of the best-developed and most complete Career Mode in a racing game. And for those who love to compete, WRC 10 will offer daily and weekly challenges, as well as clubs so that players can create their own competitions measure themselves against the community. 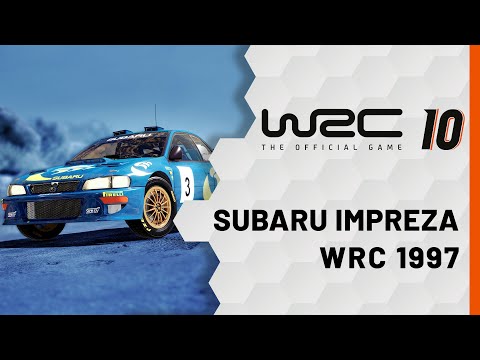