2 China’s New Spaceplane to Fly Passengers Anywhere in the World at Over 2,600 MPH

5 This Spacecraft Will Sail on Light to Hunt Down Its First Near-Earth Asteroid
Car video reviews:
Up Next

GMC Yukon Drags Camaro ZL1, Mustangs, Stinger, Golf, and It's Not Even Close

You don’t need to be passionate about flying in order to fully appreciate what a life-changing experience it must be to one of the main participants in a satellite launch. A Royal Air Force pilot, Flight Lieutenant Mathew 'Stanny' Stannard, will never forget the amazing feeling of launching the Virgin Orbit launch vehicle from the Cosmic Girl.
6 photos

Another successful Virgin Orbit satellite launch was carried out at the end of January. The RAF pilot was back on the flight crew, alongside Eric Bippert, Virgin Orbit's Chief Pilot Cosmic Girl, a modified Boeing 747-400, took off from the Mojave Air and Space Port in California. Several small satellites were flown into Low Earth Orbit (LEO), including one manufactured in Scotland and operated by Spire Global, plus others operated by the U.S. Department of Defense.

Stannard talked about the incredible experience of watching the LauncherOne be deployed, after which it propels itself into LEO, in a recent video shared by the UK’s Royal Air Force. The participation of an RAF pilot in Virgin Orbit’s Above the Clouds mission is also a milestone for UK’s space strategy, which involves the country’s first-ever satellite launch, scheduled for this year.

The UK Space Agency is currently working with Virgin Orbit for this upcoming launch from Spaceport Cornwall, representing the first time in history when satellites are launched from the UK’s territory. In addition to this pioneering spaceport in England, six more are going to follow – the Snowdonia one in Wales, plus Scotland’s Shetland Isles, Sutherland, Argyll, Prestwick, and the Outer Hebrides.

The National Space Strategy set up ambitious goals for the nation’s orbital launch capability, and the domestic spaceports are meant to support the fast-growing local satellite industry.

In just a few months, the RAF Flight Lieutenant will be part of an even more exciting, unique launch in UK’s history. 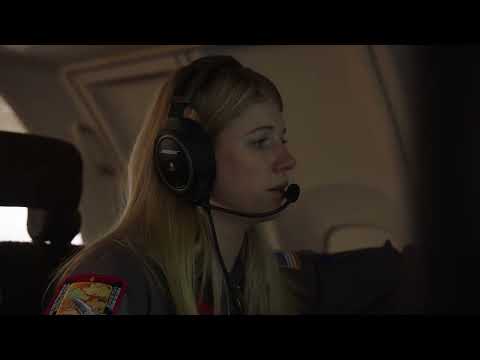