5 The R's Tuning's BMW M3 Comes With Some Pink
Car video reviews:
Up Next

The V8 unit on the outgoing BMW M3 Coupe is already legendary. It will be the last naturally aspirated engine ever to be fitted on an M3. However, some people want their M3s to be even more powerful.
1 photo
That's when tuners like G-Power step in and give the customers what they need: superchargers. The ones built by the German company are more than impressive. They can take your M3 from 420 HP to 720 HP and a whole lot more torque.

The guys from Magazine Motorsport got their hands on one incredibly good looking and powerful M3 built by DM Performance. Dressed in a Space Grey paint job and with a set of Red BBS CH-R wheels the contrast is powerful enough to go with the oomph of the engine.

Oh, and talking about the engine, it seems like due to an G-Power Kompressor, the power output reached 630 HP and 600 Nm (442 lb-ft) of torque. So you can imagine just how fast this car is.

Fortunately for us, we can even witness its sheer speed because they published the video below showcasing just how quickly it reaches 280 km/h (175 mph). According to them, it would've easily hit 300 km/h (194 mph) but the strip wasn't long enough. 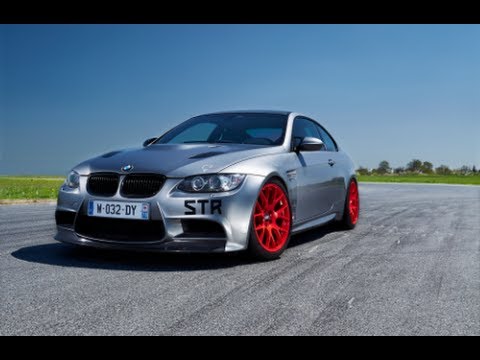