Home > News > Auto Motorsport
Tudor Rus
Just when we thought there was nothing new to see and find out about Nissan's GT-R LM Nismo Le Mans prototype - except for race action, of course - here comes a video giving an insight on how the standard GT-R behaves on the Circuit de la Sarthe in Le Mans.
1 photo
So far, we've been covering every essential aspect of Nissan's presence at this year's Le Mans 24 Hours Race, but as we expected, the juicy stuff is yet to come. Yes, we're talking about the actual race, but until then, Nismo TV prepared a 360° lap inside the Nissan GT-R. Remember, this is the road-going GT-R we're talking, not the Batmanesque front-wheel drive prototype.

All the engineers had to do was mount a 360° camera on the roof of the GT-R and send Godzilla on the track and let it do its thing and battle a GT-R Nismo. However, there's a catch.

You see, the video you're about to see was filmed on a closed circuit after the end of a Le Mans test session, which means the GT-R's were travelling under speed restrictions.

According to Nissan, the video has been "sped up a little to match a FAST GT-R lap". In other words, they tried to emulate racing speeds. Also, HUD graphics for speed and rpm were added, but we don't get to see any numbers on those, because of the gimmick Nissan pulled out.

This doesn't mean the video is not a spectacular one, so make sure you put it into full-screen before deciding to watch it. 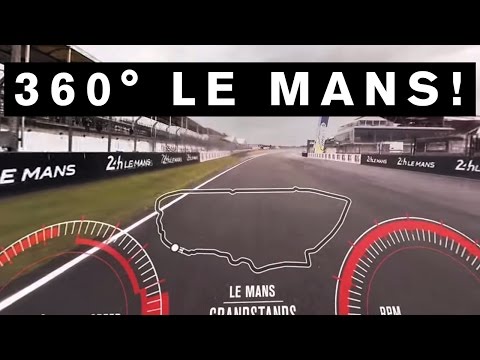