Third-party head unit upgrades are really common these days, not only because car owners want a better music listening experience when driving but also thanks to the support for CarPlay and Android Auto.

Want Wireless Android Auto and CarPlay? This Head Unit Has Both (And Even More)

A head unit upgrade is actually one of the easiest ways to bring these two platforms to an older car where such capabilities haven’t been installed from the factory.

If you’re in the market looking for a truly capable head unit that comes with support for Android Auto and CarPlay and also offers something extra, you just have to check out the Pioneer AVH-W4500NEX.

The media receiver comes with everything you’d need for a fully digital infotainment experience, and Pioneer has tried to make sure you won’t be missing anything as long as your car supports a 2-DIN unit.

Let’s start with the basics. The Pioneer head unit sports a 6.95-inch display with a 16:9 aspect ratio and 800x480 pixels resolution with a resistive touch screen. While the resolution isn’t necessarily the best, it does its job very well, especially because you’re not supposed to watch HD movies on it anyway.

Though you can totally do that anyway, as the W4500NEX supports the majority of audio and video formats, all of which can be played via the integrated USB port, CD, DVD, or SD card. So you just need to plug in removable USB media, a disc, or a memory card with such content and then using the built-in file browser, play audio or video on the head unit.

In terms of audio capabilities, this Pioneer media receiver has almost the full package. It comes with a MOSFET 50Wx4 built-in amplifier, bast boost support, a 13-band graphic equalizer, and a 4-channel speaker output. It sports a dedicated subwoofer controller and integrates its own digital signal processor.

It obviously comes with a built-in tuner and allows 18 FM and 6 AM presets. It’s SiriusXM ready, though the tuner is sold separately.

The head unit also supports Bluetooth, so you can sync it with your mobile device for hands-free calling. It allows for impressive expandability, including dual-zone rear-seat entertainment, a parking camera, and other A/V devices.

But without a doubt, the big star of the show is the support for wireless Android Auto and CarPlay, which unleashes a whole new set of capabilities.

Once installed in your car, the Pioneer head unit allows the pairing with an Android device or an iPhone to run the two apps without the need for a cable. The moment you turn on the engine and the receiver is powered on, the connection should be automatically established, with the Android Auto or CarPlay icon (depending on what mobile platform you’re using) then showing up on the screen.

The experience is as straightforward as possible, and thanks to the touch support, you can interact with both apps just like you do on most factory-installed systems.

At the same time, voice commands are also supported via Siri on CarPlay, Google Assistant on Android Auto, and Amazon Alexa when paired with Pioneer Vozsis.

Installing the head unit in a compatible car isn’t necessarily rocket science, though if you don’t know what you’re doing, you’d better reach out to a service center for such an operation.

The box of the W4500NEX includes not only the digital media receiver, but also other accessories, such as a USB extension cable, a microphone with a visor bracket (for voice input required for digital assistants but also for phone calls), screws, the installation manual, and the warranty sheet. The box also includes a remote control, tape, clips, a lithium battery for the remote control, and AV pre-out harness.

And now, the bad news. Since it’s such a capable head unit, it goes without saying this Pioneer model can’t be cheap. And it really isn’t, as the MSRP is over $700 (if you can still find this version in stores, as it’s currently unavailable at several U.S. retailers). 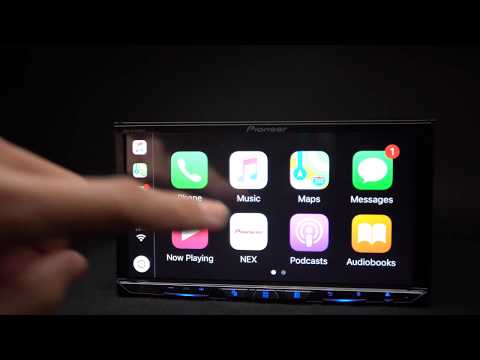