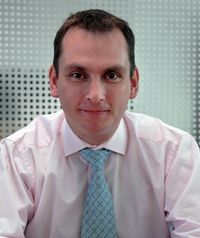 German manufacturer Volkswagen announced that Matthew Bowden will be the one replacing Duncan Sands as Head of Operations in its commercial vehicles division, starting November 2009. Bowden, who will leave his current role as National Fleet Sales Manager for Volkswagen Passenger Cars, will be responsible for new and used vehicle sales and managing the development of the Volkswagen Van Centre network.

Bowden, who has been working for Volkswagen since 1995, took over the National Fleet Sales Manager for Volkswagen Passenger Cars position in 2007, when he returned to the UK after working for three years with Volkswagen in China. He now arrives at VW Commercial Vehicles just in time for the launch of new Transporter.

The 2010 Volkswagen Transporter model will come with several enhancements to the front fascia, as well as a restyled front bumper and new side mirrors. Inside, the new model boasts a redesigned instrument panel and steering wheel. The car will be sold in two configurations, passenger or commercial vehicle. However, further details are set to be revealed closer to the market launch.

“I’m really excited to be joining Volkswagen Commercial Vehicles at such a key stage in its development. With the launch of the new Transporter and the Amarok pick-up next year, my ambition is to do everything possible to ensure my team and our Van Centre network make the most of the great opportunities ahead,” Matthew added.