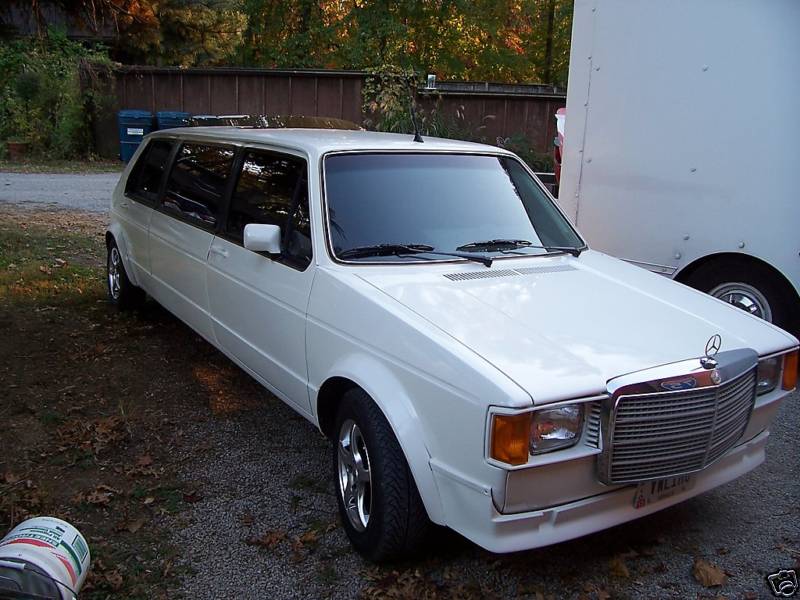 Actually not a crossover. More of a forced joining at the hips. A siamese baby that has no chance of ever being separated. A 1981 Volkswagen Golf (Rabbit in the US) that crashed into a Mercedes and got fused to the Benz's a**.

The ebay description of this surprisingly good looking contraption says the car was built by “a guy” who used to work for a coach builder using the rear end of a VW Golf and the front grill of a Mercedes. The overstretched car became in the eyes of a beholder a limo, equipped with a 4 cylinder gasoline engine, driven by an automatic transmission. Just like a supermarket price tag, the limo's mileage strangely stopped when it reached the psychological 99,999 mile threshold.

The car has been built 20 years ago and can be found, together with its owner, in Cincinnati, Ohio. Its $5,999 price includes matching seats and “some” custom interior parts. The car has “just tinted” tempered glass partition, but you will still have to do some work on your own as carpet and headliner need to be installed.

The freak vehicle runs on tires and wheels, just like every other car, that are not new, but just like it... Visual and sound effects are greatly increased by the “Lamborghini type exhaust”, while the two year old white paint will help you stand out from the crowd. The vehicle has all the certification it needs to be street worthy. It runs great, handless great, is fun to drive and benefits from natural light through its sunroof. And it even has license plates!

So, if you'll excuse us, we've got to go buy ourselves a limo, before you do. Not this one, of course.