3 Volkswagen Post Declining Q1 Results, but Does Not Panic

5 VW Increases Chinese Production Thanks to High Sales
Car video reviews:
Up Next 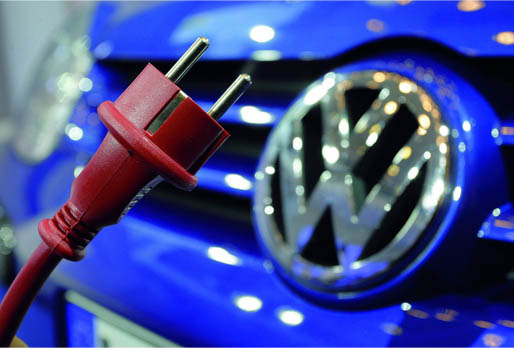 While the whole auto sector is focused these days on the Opel selling process, Volkswagen continues its expansion efforts and recently signed a letter of intent with China's BYD Co. to work on electric and hybrid models. BYD is often referred to as the world's second largest lithium-ion battery manufacturer and last September it sold a 10 percent share to Warren Buffett's Berkshire Hathaway for $230 million.

The electric cars and hybrids developed by Volkswagen and powered by lithium-ion batteries supplied by BYD will be initially aimed at the Chinese market, Volkswagen's representatives said in a statement, without giving us a hint whether the company has similar plans for Europe and North America.

"Particularly for the Chinese market, potential partners such as BYD could support us in quickly expanding our activities," Ulrich Hackenberg, head of research and development at the VW brand, said in a statement according to Autonews.

This isn't the first agreement signed by Volkswagen and focused on electric cars and hybrids, as the company formed similar alliances with Sanyo Electric Co. and Toshiba Corp. All three companies will supply batteries for Volkswagen's future green cars which are expected to hit the market as soon as next year.

Volkswagen has high expectations from China, which has become the company's second largest market after Germany. Furthermore, the German manufacturer might also use China as the testing market for its less-polluting models, although specific details on the electric cars and countries to get them are yet to be released.

Representatives of the company recently confirmed that Volkswagen will showcase at the upcoming Frankfurt Auto Show an all-electric car which might represent the first major step towards a greener product range.

“We will have a host of concept cars at Frankfurt and although we haven’t yet decided, we want to show an electric car,” Peter Thul, head of communications at Volkswagen, said. “We will not launch a niche market car just to show our electric technology,” he continued. “We would only launch a car that people could actually buy at a reasonable price. It would need to have a range of 200km, be safe, reliable and able to be used everyday. It would be a car that fits with the Volkswagen brand.”