VW Golf Returns to the BTCC 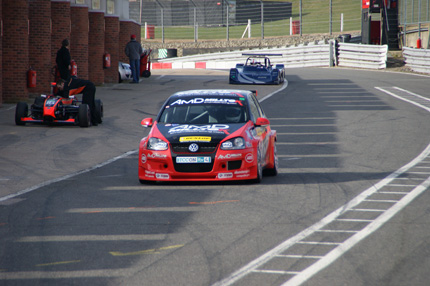 After an absence of 20 years, the Volkswagen Golf is returning to the Dunlop MSA British Touring Car Championship. Shaun Hollamby from AmDMillitekRacing has announced that he will race a VW Golf. Its first run will be at Brands Hatch. The last time a Golf raced in the BTCC was 1989, the final year the series ran based on a 'multi-class' format.

“The support we’ve received since we announced the Golf BTCC project has been fantastic. That’s before the season has even begun,” 44-year-old Hollamby told btcc.net.

“I really hope we see owners, club members and fans from all the VW magazines, Internet forums and so on turning up at race events and supporting us. Every BTCC round attracts 30,000-plus people so there’s a great opportunity for them to become noticed in front of a huge audience.” 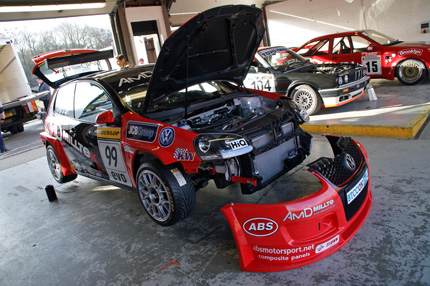 According to officials, Hollamby spent its winter building the Golf to the BTCC’s Super 2000 technical regulations. The car has been brought over from the Baltic touring car series.

“Everything that could be done to it has been done to it. The support we’ve also received from everyone inside the BTCC has been brilliant – no looking down noses at us, just fantastic advice and encouragement all the way," said the former VW Cup front-runner.

“Today is purely a shakedown but the car immediately feels very solid and exceptionally well balanced on all four corners. What else can I say? It goes, it stops, it turns left and right so it's been a good first run.”