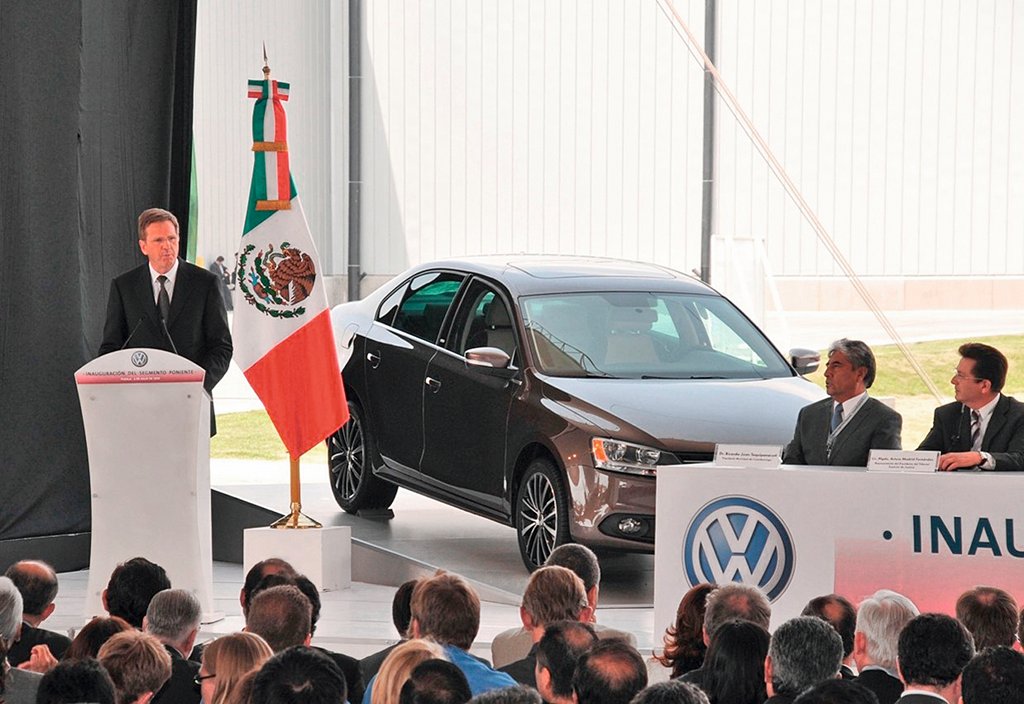 It seems like these days we are experiencing a rain of Volkswagen Group production outworking news. After we reported that VW is considering building a plant in Taiwan, Porsche may build the Cayenne in India and Audi debuted the Q5’s assembly in the same country, it is now time for Mexico to enter the spotlights.

A new section was inaugurated yesterday at the Volkswagen’s Puebla plant in the country, with the development destined for the new Jetta’s production. The opening ceremony was attended by Mexican President Felipe Calderon and Prof. Dr. Jochem Heizmann, member of the Board of Management of Volkswagen AG with responsibility for ‘Group Production’.

Puebla’s annual output capacity has been upgraded to 525,000 units, making the site one of the largest vehicle manufacturing plants run by the Volkswagen Group.

The company has expanded its production operations in Mexico, in an effort to increase the level of localization for the vehicles built for North America. The development is part of VW’s long-term expansion strategy for the region. The company plans to reach an U.S. sales figure of one million vehicles per year by 2018.

"Expansion of the Puebla plant is a major step towards the future for Volkswagen in Mexico. As a result, Puebla remains the main supplier of compact class vehicles in North America. Efficient production with high localization and new products tailored to the wishes of our North American customers will bring further growth momentum in Mexico," Prof. Dr. Jochem Heizmann said.

The executive reiterated the Group’s plans to build a new engine facility. The upcoming site will supply powerplants for the Puebla and Chattanooga factories starting from 2013. The Group has not chosen a location for the new development yet, but Mexico is on the options list.

The aforementioned Strategy 2013 will see the VW Group investing up to $1 billion over the next three years, with a part of the funds being dedicated to the building of a site that will bring the Beetle’s successor to the world (the car will be launched next year).