Everyone knows that Russians have a knack for building some very oddly functional machines. One aircraft that never made it past prototyping is the Bartini and Beriev VVA-14, a vehicle meant to harness the ground effect and so much more.
13 photos

During the sixties, Robert Bartini, an Italian aviation engineer, scientist, and Communist party member, born in Kanjiza, Serbia, answered the call of the Soviet Union’s need to create a new era for the country, mainly in the transportation and industry sectors of the growing society. But I feel it’s pretty obvious that Bartini was working for the Russian Army.

While serving Mother Russia, Bartini became known for being a master in the art of aircraft engineering, and even created the first widebody aircraft, the Bartini T-117. Over the years, his experiments and knowledge led to a vehicle dubbed the VVA-14. What makes the VVA-14 is the fact that it harnessed the ground effect.

If you’ve never heard of the ground effect, it’s a rather simple physics effect that appears as fixed wing aircraft fly close to ground levels, mainly water surfaces, as they offer better transmission of the effect due to a lack of obstacles on the surface.

This happens because natural airflow around the wings is disrupted due to the ground’s surface, and instead of passing around the wing and trailing off, some air is trapped between the vehicle and ground and is compressed, creating a pocket of air underneath the vehicle. The result? Increased lift and decreased drag, and higher efficiency.

One main difference between commercial airplanes and ground effect craft is size and weight. To harness the ground effect even more, a vehicle’s weight helps keep the compressed air under the fuselage, leading to a successful effect.

In order to harness this effect to the fullest potential, Bartini modified every aspect of the VVA-14, down to the tips of the wings, which featured downwards winglets. The first and most important aspect is the body shape. To create a nice pocket of compressed air, the VVA is constructed with an extra-wide body that includes two fuselage compartments that each have their own empennage at the rear. It’s these two fuselages’ that help compress air even more than standard aircraft.

Now, like any military vehicle or craft, versatility is key. Initially designed to be a submarine hunting machine for the Soviet Union, Bartini also devised the VVA-14 to be capable of a diverse range of takeoff and landing styles, one of which was vertical takeoff and landing; required 12 lift engines that never made it into the prototype, so testing was carried out with classic landing and takeoff sequences.

Since it was initially meant to seek and destroy submarines, the VVA-14 was to be equipped with magnetic anomaly detection systems, and over two tons of boom boom including torpedoes and depth charges.

Funny enough, construction was slow, and the VVA-14 saw its first test flight in 1972. Any submarines were probably long gone. The final vehicle was to be developed in three subsequent stages with the third stage seeing the equipping of firepower.

But the lift engines never made it to the craft, so testing couldn’t continue as per the initial idea, causing Bartini to modify the final product into a version that was not capable of the proposed takeoff, eventually proving to be an issue. Passing away in 1974, Bartini would never see his machines perform to their fullest capacity, and the Soviet Union abandoned the project for more modern airplanes and fighters.

Nonetheless, the VVA-14 did work and was able to optimize the ground affect at 8 m (26 ft) above the ground surface and stood to sustain Bartini’s out-there ideas and designs, eventually leading to other designs meant to go faster, further and higher, but all were based on the ground affect. One of which was an massive aircraft carrier for the Soviet Navy. I wonder how long it’s going to be until someone makes a modern vehicle that uses the ground effect. 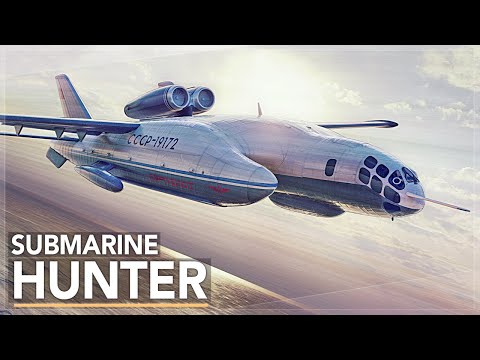