5 Tractor with Turbo Volvo Engine Goes Drifting, Tips Over Nearly Crushing the Team
Up Next

Home > News > Car Profile
Vlad Mitrache
Apart from safety, back in the `80s, Volvo was also known for its motorsport forays. Actually, precisely 30 years and one day from now, Volvo Cars was winning the 1985 European Touring Car Championship.
10 photos

The car the Swedish company was using back then was the iconic Volvo 240 Turbo, the boxy sedan everybody either loves or loves to hate. Thirty years later, Volvo is looking to boost its sporty image by fielding out two race cars in the modern version of the ETCC that, in the meantime, has gone global and is now called the FIA World Touring Car Championship.

”We have chosen the FIA WTCC as our global motorsport platform as it combines the cutting edge technology of our Volvo cars with exciting racing all over the world. The championship enables us to further develop our technology and utilise development from the racing circuits directly to our products for performance oriented Volvo customers,” said Niels Möller, COO of Polestar, the Volvo Cars Performance Brand.

The actual team’s name will be Polestar Cyan Racing, and they’ll be using the brand new Volvo S60 Polestar TC1 race car in an attempt to emulate that 1985 success. These new cars will be using a newly developed four-cylinder turbo engine with 400 horsepower, based on the technology behind Volvo’s Drive-E engine family.

”This is a great day for all of us at Polestar Cyan Racing to announce our assault on the FIA World Touring Car Championship, a programme that boils down to one thing; to bring the world title to Sweden,” said Alexander Murdzevski Schedvin, Head of Motorsport at Polestar.

Cyan Racing is the official motorsport partner of Polestar, the well-known performance division of Volvo Cars. This cooperation started in 1996 and has quite an impressive collection of titles to show for. Now, after an evaluation season in 2011 in WTCC and two in the Australian V8 Supercars, Polestar Cyan Racing is ready to bring Volvo cars back into the WTCC.

Nothing bad can be said about the car at this stage, as it looks absolutely gorgeous in black - a color it won’t retain for long, though. Also, the driver line-up is expected to be announced shortly, something we’ll keep you up to date on.

All these moves clearly show that Volvo plans on playing the sportiness card more and more often in the future, and fears people might have forgotten the brand actually has a considerable tradition in motorsport. As it was the case with the Chevrolet Cruze, for example, one or two (or even more) successes in a motorsport competition won’t immediately turn your cars into hot cookies, but they will surely give more street credit to a road-going performance car. And that’s all we need to know right now. 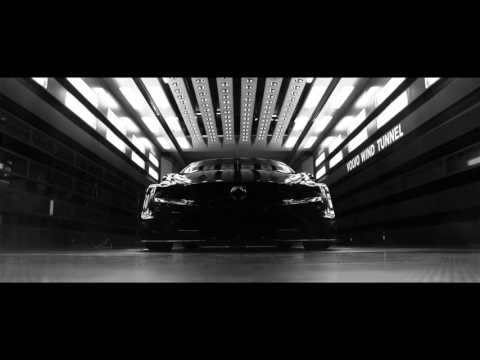