1 Musk Admits Cybertruck Could Flop. Well, It Can't as Long as They Don't Make It

Although not nearly as exciting as electric cars, electric trucks are no less impressive in terms of performance. With technology advancing fast, e-trucks are quickly catching up, with more and more companies willing to put their performance to the test, in order to eventually replace conventional trucks with zero-emissions alternatives.
11 photos

Perhaps less famous than models such as the Mercedes-Benz eActros or FUSO eCanter, the Volvo VNR Electric has recently reached a milestone that promises an exciting future for both Volvo Trucks and the trucking industry. The company announced its largest electric truck order in North America to date.

No less than 16 Volvo VNR Electric Class 8 trucks will be deployed for regional cargo transportation across Southern California. This large order was placed by Performance Team, a Maersk company operating in the warehousing and distribution sector. Representatives of the Performance Team stated that there’s a bigger demand for high-volume deliveries and increased truck power on the market. This new order represents a first step towards modernizing their fleet to meet those demands.

Setting the record for the largest commercial order of the North American zero-emission model to date, this acquisition also signals that the industry is ready to replace diesel trucks with hybrid or electric ones, which have evolved to the point of delivering a greater range and better performance, compared to a few years back.

However, government support, such as incentives or grants, is still an important factor. Volvo’s customer, Performance Team, is participating in a State of California South Coast Air Quality Management District grant program, which aims to reduce emissions in the transportation sector. These types of grants can accelerate the transition towards e-trucks, by supporting fleet operators.

The 16 e-trucks that are now part of Performance Team’s fleet will hit the road by the end of the year. 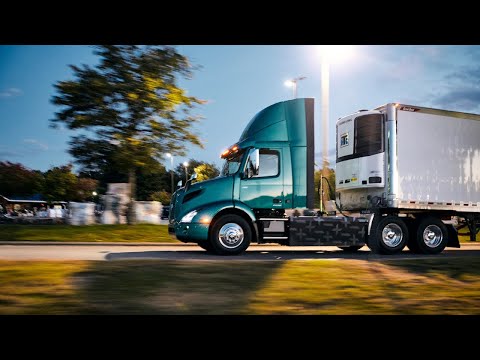