3 Volvo Announces EX90 as the Successor to the XC90, Will Be the Safest Model Ever

Home > News > Safety
Razvan Calin
Recently, Volvo announced the brand's latest SUV, the electric EX90. As is customary for the Swedish carmaker, safety is at the forefront of the company's automotive philosophy. The new flagship will feature a plethora of safety measures, including warning the driver about occupants locked inside the car.
8 photos

The Scandinavians have come a long way since the introduction of the three-point seatbelt. But they have always centered on safety, and, in 2023, radars, computers, and context-learning AI will interpret the driver's behavior to anticipate unwanted maneuvers.

Volvo engineers have even gone one step further and made the new car so passenger-aware that it can detect the faintest movements inside the cabin. According to their claims, a highly accurate radar system scans the inside of the SUV to identify the very soft motion of a breathing body.

In the video, Lotta Jakobsson, Volvo's Senior Technical Specialist, Injury Prevention, gives us a glimpse of the newly-added safety measure and how it works. An infant or a pet can be very still when sleeping, and the natural expansion of the ribcage during a breathing cycle is very dim. That's why Volvo tuned their EX90 interior radars to "submillimeter" levels to detect if there is any occupant left in the car. In plain English, the radar is so sharp it will pick up movement less than a millimeter in size.

The radar array monitors the vehicle's cabin and trunk so the driver doesn't accidentally lock a child or a pet inside and forget about them. The point is to prevent scenarios in which the passengers become trapped inside during a hot day.

If that happens, the car alerts the driver, and if it still detects no change, it doesn't cut off the air conditioning (provided that the battery charge level allows the operation of the climate control system). Volvo brought statistics to argue for this safety addition (watch the video to see what numbers and incidents the Scandinavians rely on).

The sensors are mounted in the overhead console, roof lamps, and trunk to cover maximum space. The internal radar system will be standard on the EX90 (again, Volvo emphasizes that the new safety feature will only hit the markets that allow such technologies in cars). For the future, the Volvo official announces the integration of this brand new radar sensor with the car's app. 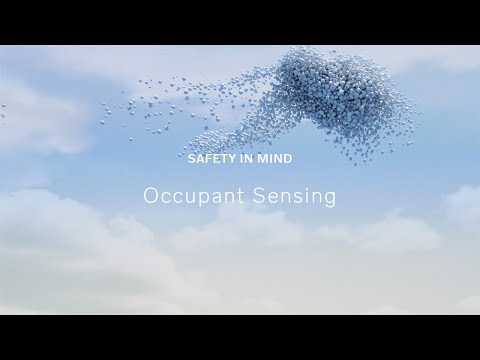