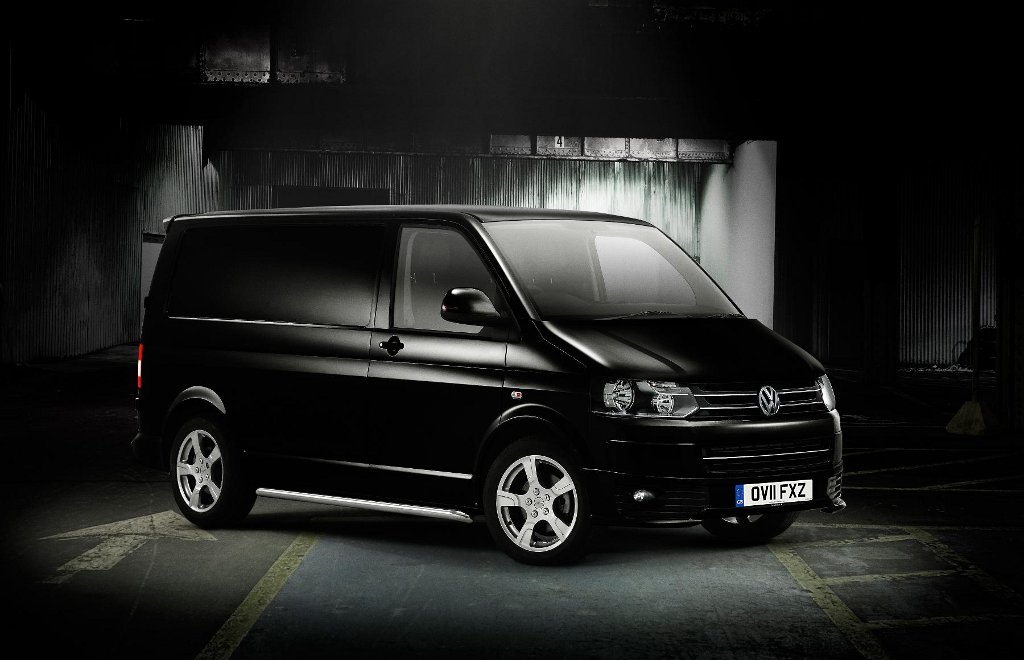 The British division of Volkswagen announced today the addition the new Sportline models to its Transporter range, with orders to be taken starting from today. The company has also revealed details and pricing for the Transporter Sportline models, all fitted with the 2.0-litre BiTDI 180 PS diesel engine and standard six-speed manual gearbox.

Exterior highlights of the new models include a gloss black grille with chrome detailing at the front, framed by revised headlights. Also, a redesigned color-coded bumper incorporates front fog lights which sit on either side of the lower grille element.